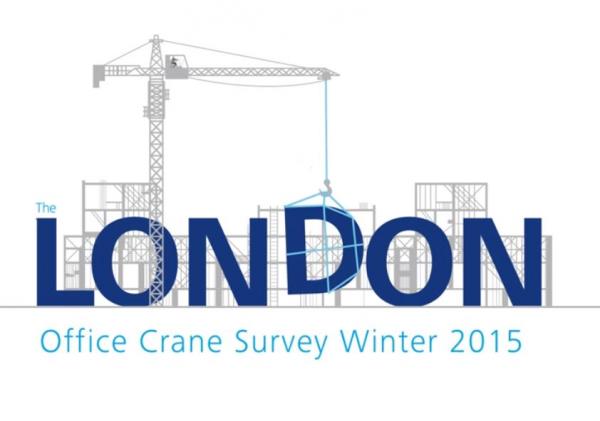 The total volume of office space under construction is at a seven-year high according to the latest Crane Survey from Deloitte.

The results from the survey show that the volume of office construction in central London has continued to rise, increasing by 18% over the past six months to 11.1 million sqft.

This means that activity is now comfortably above the 10-year average of 9.2 million sqft and at the highest level since 2008.

At 73% of the total volume of construction, the City and the West End account for the bulk of activity.

It is worth noting that, especially in the West End, a growing number of new developments are located away from the core, e.g. north of Oxford Street that are set to gain greater connectivity through the arrival of Crossrail. Similarly in ‘midtown’ which will also benefit, construction volumes have increased further in this survey (6%).

All but one London submarket (Docklands) has recorded an increase in construction in this survey. There has been a particularly notable rise (148%) in Paddington where two schemes are now under construction in a market that last saw any major development over five years ago.

Other key findings are:

The survey predicts that 2015 will deliver lowest levels of completions in three years.

It found that a move in completion dates has ‘beset’ a number of schemes, pushing them into 2016; the picture is one of low supply for 2015. However, the window for pre-letting remains open. There will be a continued ‘tightening’ of supply in the short term and a rise in space let before completion will potentially lead to increased levels of pre-letting.

Developers continue to target 2018-19 for delivery and the survey forecast shows the amount of space predicted to be delivered is above average supply in 2018-19 but capacity constraints could have an adverse impact on ‘the speed of delivery’.

Willmott Dixon has invested in a permanent base in Plymouth, emphasising its support for the region. Following its completion of The Box, the restored museum and...

According to union safety representatives, some businesses may be asking employees to return to unsafe workplaces as restrictions start to lift across the UK, but...

As workplaces begin to reopen, the appearance of a workspace is a key factor in inspiring employee confidence when returning to work. Perhaps a workplace’s floor...