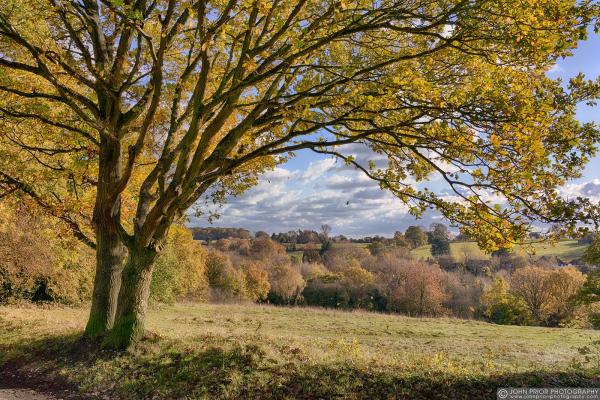 The Mayor of London, Sadiq Khan, has strengthened his commitment to protect London’s Green Belt and other important open spaces for future generations and set out plans to help make more than half of London green by 2050 – both of which were key manifesto commitments.

His draft London Plan – the overarching strategic planning framework for the city, which is was launched on Wednesday Nov 29 – strengthens safeguards which prevent harmful development on vital green land both within and surrounding the capital.

This means a planning application which involves building on the Green Belt will be refused by the Mayor if it does not meet strict rules on what is appropriate, such as replacing existing buildings with new ones of a similar scale or the provision of new agricultural buildings.

London’s Green Belt makes up almost a quarter of the capital’s land area and benefits London’s air quality, as well as helping reduce the risk and impact of flooding and providing habitats for London’s wildlife. The Mayor will work with London’s boroughs and other partners to ensure that public access to the Green Belt is maintained and that its overall quality is enhanced.

Earlier this year Sadiq announced his ambition for London to become the UK’s first National Park City, a key part of which will be increasing the capital’s green cover to more than 50 per cent by 2050.

The draft London Plan also includes guidelines for increasing green infrastructure (such as street trees, green roofs, green walls and rain gardens) and a framework to help boroughs and developers determine how much should be required in new developments.

The guidelines make it clear that green infrastructure must form an integral part of new developments, rather than an ‘add-on’, and will be judged against a number of criteria, including promoting wellbeing, enhancing biodiversity and improving air and water quality.

Pollution, health, and the planet: time for decisive action

For decades, pollution and its harmful effects on people's health, the environment, and the planet have been neglected both by governments and the international development community. Pollution is the largest environmental cause of disease and death in the world today, responsible for an estimated 9 million premature deaths in 2015.1 92% of all pollution-related mortality is seen in low-income and middle-income countries. A new Lancet Commission on pollution and health aims to confront and overturn this urgent predicament. The substantial health and economic costs of pollution globally can no longer be ignored.

The Lancet Commission on pollution and health is the product of a collaboration between The Lancet, the Global Alliance on Health and Pollution (GAHP), including independent researchers and policy makers, and the Icahn School of Medicine at Mount Sinai, New York, USA. The report was led by Philip Landrigan, an environmental scientist and physician and Richard Fuller, Founder and President of the non-governmental organisation Pure Earth and the secretariat of GAHP. The Commission's report focuses much-needed attention on the problem of pollution, especially industrial, vehicular, and chemical pollution, and provides actionable and cost-effective solutions to policy makers, while dispelling the myth that pollution is an inevitable consequence of economic development. The Commission identifies knowledge gaps and sets out a research agenda for future work.

As the report shows, no country is unaffected by pollution. Human activities, including industrialisation, urbanisation, and globalisation, are all drivers of pollution. Through analyses of existing and emerging data, the report examines the health effects and economic costs of multiple forms of pollution for the first time, including air (ambient and household), water, soil, and workplace. Additionally, the report presents troubling new data on the extent of chemical and pesticide pollution, including pollution by toxic chemicals at contaminated sites. The nature of pollution is changing, and is worsening in places. Many effects of chemical pollutants are yet to be determined but much is still known. The Commission estimates welfare losses due to pollution to be more than US$4·6 trillion per year, which is equivalent to 6·2% of global economic output.

The linkages between pollution, climate, and planetary health (the health of human civilisations and the natural systems on which they depend) are made throughout the Commission report. Pollution is a major theme within planetary health because the drivers of climate change, such as the combustion of fossil fuels or land use change, are also important contributors to pollution. Pollution itself has effects, which are still incompletely understood, on a range of natural systems - for example, toxic chemicals can cause reduced ecosystem function that can indirectly affect human health.

In 2006, the Stern review commissioned by the UK Government was influential in reframing climate change as an economic issue, and not merely an environmental challenge.3 The Stern review improved our understanding of the economic costs of climate change, and inspired a huge amount of subsequent work. We hope that the findings and recommendations from this Lancet Commission will also marshal action in the health and development sectors, and persuade leaders at the national, state, provincial, and city levels to make pollution a priority. Although there is some activity on pollution internationally, much more is needed. The Lancet Commission is launched in New York, USA, at a worrisome time, when the US Government's Environmental Protection Agency, headed by Scott Pruitt, is undermining established environmental regulations. This year's annual UN Environment Assembly will convene in Nairobi, Kenya, on Dec 4–6, 2017. Ministers of Environment from member states, alongside civil society and the private sector, will be in attendance. For the first time, the overarching conference theme is 'Towards a Pollution-Free Planet'. Recommendations from this Lancet Commission are under consideration, and it is hoped that the outcomes will prioritise pollution from a health perspective.

This Lancet Commission should inform policy makers and serve as a timely call to action. Pollution is a winnable battle. In the latest results of the Global Burden of Disease, for example, the age-standardised death rates for all causes of air pollution were reported to have fallen by 23% between 2006 and 2016.4 Now is the moment to accelerate our collective response. Current and future generations deserve a pollution-free world.