Broadband 'Rip Off' in Rural Areas 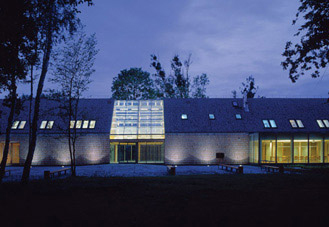 Now it’s official – the House of Commons’ Public Accounts Committee (PAC) has declared that the project to introduce broadband to the rural areas has been ‘mismanaged’ and the government is to blame.

The all-party committee points the finger of blame at the government, especially relating to the awarding of all 26 broadband contracts so far to BT, effectively giving it a monopoly position. (The are another 18 remaining contracts that are reported to be likely to be won by BT.)

On its part, the government has stated that it had encouraged potential providers to tender for the scheme but it had resulted in only BT and Fujitsu coming forward – and this despite a £230 million initial subsidy and a £250 million additional sweetener after 2015. With local authorities stumping up a further £730 million, £1.2 billion of public funding was on offer and still there is disquiet at what has so far been delivered.

PAC’s chair, Margaret Hodge, declared: "If you (the government) had devised it differently, had bigger areas for the contracts so you could spread your costs more, allowed different technologies to be used and insisted on a 100% coverage, we would have found other people in the game and I bet we would have spent less of the taxpayer’s money."

In our last issue, This Week in Facilities Management  highlighted the often substandard service experienced in rural areas, following a study undertaken by the Countryside Alliance. The PAC report concentrates more on ‘value for money’ to the taxpayer, rather than the actual quality experienced by users. Businesses and organisation in rural areas, have been complaining about the inability to often make calls or use broadband properly.

The scheme is falling well short of the government’s own targets to introduce fast internet services to rural areas. In 2011, the then Culture Secretary, Jeremy Hunt, believed that 90% of premises in every local authority area of the UK should have access to internet speeds above 24mb per second by May 2015 with a minimum of 2mb for others.

The UK is already falling behind a number of European countries in its targets for high speed broadband services with full national coverage.