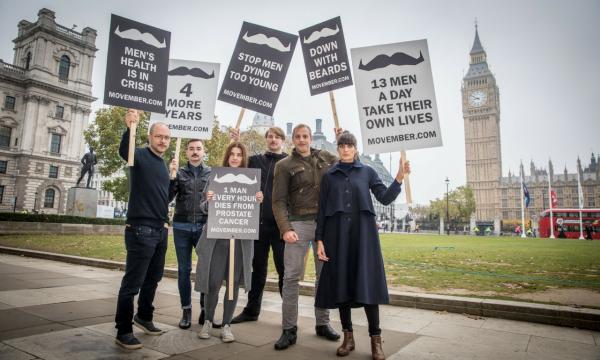 A group of Mo Bros and Sistas gathered outside the Houses of Parliament to raise awareness of the crisis in men's health, at the dawn of Movember 2016.

Organised by the Movember Foundation, the press stunt was aimed at brining attention to the stark reality of men's health in the UK. Quite simply our fathers, partners, brothers and friends are facing a health crisis and it’s not being talked about.

Holding placards declaring that too many men die too young, and the sobering statistics illustrating the scale of the crisis, the group were encouraging the public to join the movement at Movember.com.

With money raised, the Foundation has funded over 1,200 programmes in the areas of prostate cancer, testicular cancer and suicide prevention around the world, whilst positively challenging the way in which men’s health issues are researched and addressed.

Owen Sharp, CEO of the Movember Foundation said: ‘We can’t afford to stay silent. We need to talk about it. We need to act. Without our Mo Bros & Sistas talking, taking action and giving money, nothing will change.  Join the fight at Movember.com.”

Picture: How will you be demonstrating your support for men's health this Movember? Below: The handy cut-out and keep moustache for those of you who feel you must shave but would like to hide your embarrassment 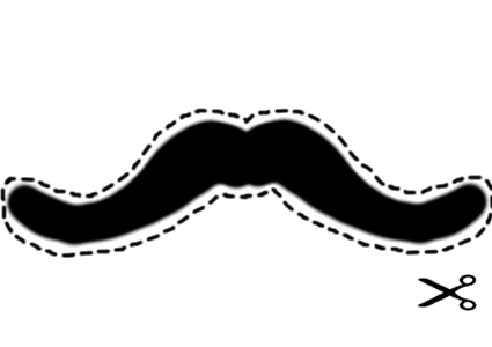