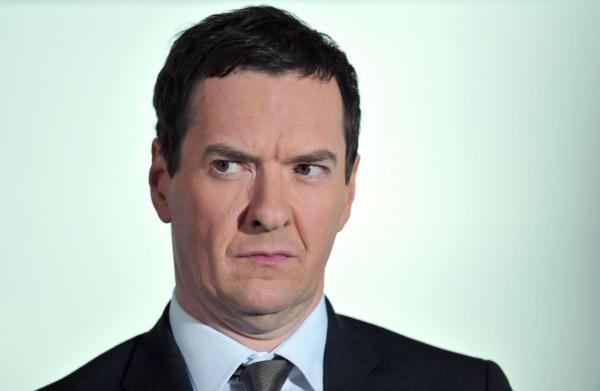 When Chancellor Osborne sat down having delivered his Budget, he did not look around too quickly to see the faces of little sweetness on his own backbench who realise they may not be getting their backs slapped by constituents in the near future. Neither did he win many plaudits around the country. In the FM sector the reaction was a muted one, led by the BIFM when its CEO, James Sutton believing the Budget to be 'somewhat limited', particularly with regards to greater productivity. He observed that Osborne’s measures 'appeared to focus on financial controls and taxation breaks for business as a way of increasing income, rather than focusing on the full range of productivity drivers'.

The role that the FM sector now plays was emphasised by Sutton and that poor policies could have an adverse impact on many businesses and people.

FM now accounts for approximately 7% of the UK’s overall GDP with 10% its working population and up to £111 billion a year to the national economy.

While welcoming 'further stimulants' to upskill existing workers the BIFM CEO believes: “There was little on developing our current workforce and those immediately entering work. It is these people who are able to have an impact on productivity and growth with immediate effect".

Sutton feels there should have been a stronger focus on in-work development programmes and schemes which were shown to result in better staff involvement as well as being and more productive. “Therefore, we were surprised to have not seen the Chancellor build on the foundations of the apprenticeship levy announced in the Autumn Statement,” said a disappointed Sutton.

There was a degree of satisfaction from the CBI to the measures announced in the Budget, especially when it came to the reduction in capital gains tax and to smaller businesses as well as the continued freeze on fuel duty.

“After a year of surprises, this was a stable Budget for business facing global stormy waters,” stated Carolyn Fairbairn, Director-general, CBI. “The Chancellor has listened to our concerns about the mounting burden on firms and chosen to back business to grow the economy out of the deficit.”

Looked at from the other side, the TUC published a lengthy critique of Osborne’s Budget in which it called into question the whole basis of the government’s focus on cuts as a benefit to economic performance. “Our key point of disagreement is with the Chancellor’s view that government stands in the way of delivering balanced and sustainable growth,” asserted Frances O’Grady, General Secretary, TUC. “Contrary to his position, the TUC understands that government has a vital role to play in securing such a recovery, through more supportive fiscal policy as well as wider supply-side policy measures....Fiscal consolidation aimed at reducing the role of the state has also proved detrimental to overall economic conditions. Economic expansion over the past five years has fallen around £140 billion – nearly a third – short of expectations.”

Osborne’s commitment to the so-called Northern Powerhouse of which the HS3 is a part was called into questioned by BSRIA.

“BSRIA is pleased that the Chancellor is moving forward on key infrastructure projects, from the HS3 Manchester-Leeds rail link to Crossrail 2,” stated June Davis, Business Manager for the North of England, BSRIA. “However, these projects remain at a very preliminary stage and members don’t want just ‘tentative’ studies that never come to fruition. The Chancellor needs to push all of the projects announced to the delivery phase to give businesses real confidence.”

More than £230 million has been earmarked for road improvements in the North of England, including upgrades to the M62 between Liverpool and Hull. And the Trans-Pennine road tunnel between Sheffield and Manchester in the Peak District.

While Leeds and Manchester are just 40 miles apart, there is no quick and easy way to travel between the two. In the rush hour it can take more than two hours by car and by train, almost an hour. “We should kick-start HS3 across the Pennines and slash journey times to just half an hour,” insisted Davis. “But we must not wait decades for change. These infrastructure upgrades are essential for moving traffic and therefore, business around the North and can’t come a day too soon.”

Chancellor Osborne’s readiness to announce developments, rather than see them through was also noted by the Construction Products Association. Its statement noted the government’s support for the National Infrastructure Commission ‘is encouraging and the list of projects given the green light such as HS3, Crossrail 2 and numerous other schemes across the country will please everyone in the construction supply chain. Still, we are very mindful that announcements are one thing but spades in the ground are another thing altogether.  We therefore welcome the announcement of a National Infrastructure Delivery Plan which we hope will provide clear, short term delivery details for major projects and give manufacturers and builders the confidence they need to invest in skills and manufacturing capacity.’

If there is one area that the government appears to be coming in for a great deal of flak it is the policies for the environment and energy.

The uncertainty over what will happen for the Hinkley Point C nuclear power station will grow enormously if the French owned EDF feels unable to meet it share of the project development. Both Osborne and Prime Minister Cameron have invested a lot of their credibility on this deal with the French and Chinese.

The Solar Trade Association (STA) has been at the forefront of criticism of the government’s energy policy, especially since its May General Election victory which saw the ending of the Green Deal and other measures that has appeared to heavily penalised or overlooked the role of renewables. “The government will spend just 1% of its clean energy support on solar power over the next three years, through one remaining support scheme,” complained Paul Barwell, CEO, STA. “That is very unwise given near global recognition that solar power sits at the heart of a clean and modern electricity system and given its affordability. It is also unfair to leave the industry and investors with no future certainty. It is disappointing to hear of yet more tax breaks for oil and gas while much of the solar power industry is still left in limbo.”

Osborne used the budget to announce the abolishment of the Carbon Reduction Commitment (CRC) energy efficiency scheme. It will be phased out at the end of the 2018-19 compliance year with government working with the devolved end on closure details for the reporting element of the scheme. The CRC, a mandatory reporting and pricing scheme designed to galvanise energy efficiency and cut emissions in large energy users in the public and private sectors across the UK, was introduced in 2007.

The decision to scrap it follows a consultation on simplification of the business energy tax landscape launched last September. The cost of abolishing the CRC scheme will be met by an increase in the main rates of the Climate Change Levy from April 1, 2019, according to the Budget statement.

The Budget statement also said the government would allocate at least £50 million for innovation in energy storage, demand-side response and other smart technologies over the next five years to help new technologies and business models access the market. Some would say this is not even a drop in the ocean for the kind of investment that is required.

Not for the young

Osborne mentioned that his Budget was for the next generation 19 times which would not give much succour for those currently alive but in the ‘grey hair’ phase of their lives. It was best described in the following way: “For a Budget that is aimed at putting the next generation first, some of the content seems remarkably short-termist,” concluded Julie Hirigoyen, CEO, UK Green Building Council.

Picture: Not smiles all round – Chancellor George Osborne had more than a few caustic comments to deal with after presenting his 2016 Budget