Build It and We Will Come 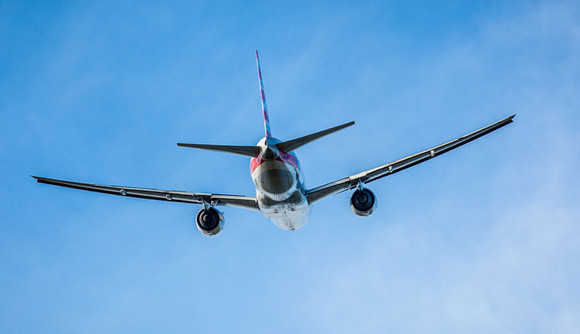 A top UK investor has apparently told the new Prime Minister 'green light' Heathrow and we will help you build your vision for a better Britain.

In partnership with six of the world’s top investors, USS has committed a £16 billion private stimulus package to help expand Heathrow and generate growth around Britain.

The airport, which is clearly in favour of the plans, says a Heathrow expansion will leave a legacy of skills and prosperity, create 180,000 new jobs across the country and boost investor confidence in the UK

USS wrote to Minister Theresa last week and reiterated the shareholders’ pledge if the Government gives the go-ahead to Heathrow expansion. Heathrow’s shareholders together control over $1 trillion in fund.

Last year, the Government’s independent Airports Commission gave said expanding Heathrow would create up to 180,000 new jobs, over 100,000 of which will be outside the South-East. Heathrow has committed to create 10,000 apprenticeships for young people.

The Commission also set out tough conditions to expansion, including restrictions on night flights and controls on air pollution and noise.  Last month, Heathrow accepted those conditions in full.

Commenting on the letter, Heathrow CEO John Holland-Kaye said: “As USS state in the letter, the Prime Minister can send the strongest signal to the world that Britain is a confident, outward-looking nation that is open for business by expanding the UK’s biggest port and global gateway, Heathrow.

“At a time of uncertainty, a £16 billion privately-funded infrastructure investment will create jobs and growth across the UK.”

The full letter from USS is copied below

USS, the Universities Superannuation Scheme, is the largest UK pension fund by assets and we provide retirement income to 330,000 members, who have given, or are giving, decades of service to Britain’s higher education institutions.

Together with some of the world's largest investment funds, with over 1 trillion dollars of funds under management, we are the owners of Heathrow.  It is the UK's biggest port, handling over a quarter of Britain's exports and connecting every region of Britain to over 80 long haul markets all over the world.

We want to reiterate our commitment to Heathrow and our commitment to Britain. For us, investment is not a one-off transaction.  Under the stewardship of the ownership consortium, Heathrow has been transformed, with private investment of more than £11bn over the last decade.  It is now a world class airport that Britain can be proud of, and is regularly rated by passengers as the best airport in Western Europe.

Alongside our investment partners from Canada, China, Qatar, Singapore, Spain, and the USA, we stand ready to invest £16bn of private money into expanding Heathrow.  Heathrow will once more be the best connected airport in the world, allowing Britain to succeed as one of the world's leading trading nations.

Heathrow expansion will create thousands of jobs all across Britain both while it is under construction and once it is operational.  We have committed to locating four supply chain hubs in different parts of the country to support growth and to develop our majority British supply chain, increasing access for smaller firms across the country. 10,000 apprenticeships will be created leaving a legacy of skills and helping to eradicate youth unemployment in Heathrow’s local area.

New air and rail links will ensure all of Britain can benefit from having the world’s best connected airport on this island, with the Airports Commission confirming that the majority of the 180,000 jobs created will be outside London and the South East.

Heathrow expansion is a ready to go project, which will create jobs as soon as it gets approval from government.  It has the backing of local people and UK regions, from MPs and council leaders across the different parties, from business and unions, from airlines and investors.  We have accepted the conditions set by the Airports Commission, including meeting tough air quality and noise standards.

It is over a year now since the government’s own Airports Commission recommended Heathrow expansion, and investors around the world have been waiting to see that the UK Government is serious about its national infrastructure plans. Approving Heathrow expansion will send the strongest possible signal that Britain is a confident, outward looking nation that is open for business.

Let us help you to deliver your positive vision for the future of Britain.

Picture: In the first poll of MPs since the Brexit vote in June, 76% of Parliamentarians agree that an expanded Heathrow is important to keep Britain connected. It is said to demonstrate continued cross-party majority support for an expanded Heathrow