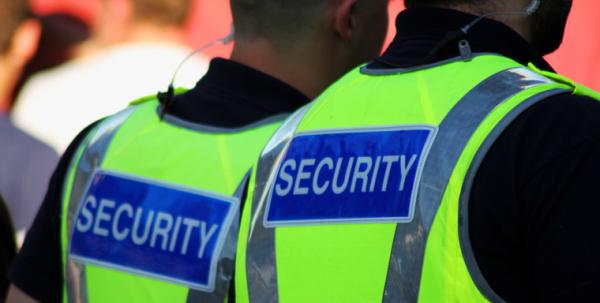 The Security Industry Authority [SIA] has started the revocation process for yet another 129 SIA licences that are linked to alleged training and qualification malpractice.

The SIA states that responsibility for standards of training provision lies with the qualification awarding organisations and Qfqual and that it will work with the awarding organisations and Ofqual to deal with training malpractice and to address those who have gained a qualification inappropriately and used it in support of an SIA licence application.

Just the tip of an unsavoury iceberg?

In a recent TWinFM article, we reported that in just three years, the Security Industry Authority had investigated 188 allegations of malpractice leading to  28 training centres being closed. 1,800 security qualifications have been withdrawn and action taken against 1,100 licence holders who used their fraudulent qualification to gain an SIA licence. TWinFM asked at the time if this represented the entire scale of the problem or if it were the tip of an unsavoury iceberg?

Employers and security buyers can check the validity of an SIA licence by using the SIA's online Register of Licence Holders: www.sia.homeoffice.gov.uk/RoLH

Training malpractice relating to licence linked qualifications can be reported to the SIA at: www.sia.homeoffice.gov.uk/tell-us

In total Industry Qualifications has now revoked the certification of 251 candidates believed to have obtained it fraudulently, and informed the SIA. The SIA has warned that more revocations may follow.

Industry Qualifications has submitted the names and addresses of all 251 candidates to the police and said it will pursue action in the civil courts against all of those involved on completion of the police investigation.

Following a four week investigation, IQ has submitted a final report on fraudulent claims for certification by Ashley Commerce College. The investigation identified significant levels of fraudulent activity, which involved candidates that had not undergone training and or had not sat examinations, being included with candidates that had undertaken programmes in the proper manner.

As a result of the investigation, the certification for 251 candidates who achieved certification fraudulently were revoked last week, and the SIA informed.

Details of those associated with Ashley Commerce College that are believed to be involved in the fraud, along with the names and addresses of the candidates achieving qualifications fraudulently, have been submitted to the police.

'Whilst IQ has operated appropriately and in accordance with accepted norms for awarding organisations, we recognise that fraud has been committed and not picked up by standard quality assurance processes. In parallel to the investigation at Ashley College and our internal review, IQ has considered actions that might be taken to reduce the potential for fraud of the nature of that was conducted at Ashley Commerce College. It is the opinion of IQ that systemic and organised fraud of the nature that we have encountered will only be stamped out through an extension of licensing, and a policy which includes reporting all those identified as knowingly and wilfully involved in fraudulent activity, including students, to the police'.

The Home Office is continuing to work with the security industry and the Security Industry Authority on the development of regulation for the private security industry and expects the introduction of the statutory licensing of private security businesses to come into force as soon as possible after the election. (Business licensing is subject to Ministerial and Parliamentary approval and the approval of Ministers in the devolved administrations in Scotland and Northern Ireland.)

Picture: Examinations to become a security guard are not secure and open to fraud. The police will now invstigate the latest 251 candidates that may have cheated

Incentive Lynx Security has secured its status as an SIA ACS-approved contractor, recording its highest score to date, which places the company in the top one per cent of...