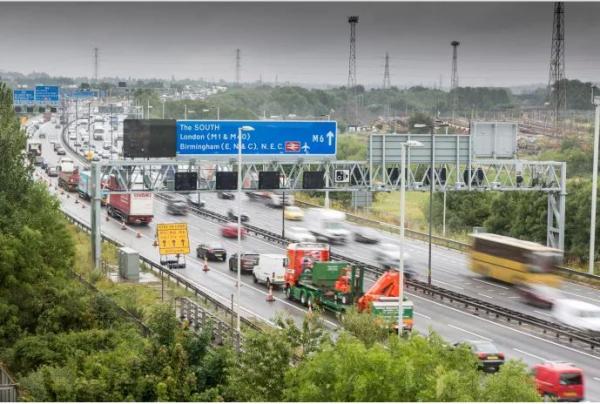 The coming bank holiday weekend looks set to be a bumper one with double the number of cars on the road compared to the late August bank holiday weekend last year. In total more than 20 million leisure trips are expected as many Brits set off to enjoy the last long weekend this side of Christmas.

A study of motorists’ plans by RAC Traffic Watch found Saturday 27 is set to be by far the busiest day with 5 million getaways planned, up an enormous 2.5 million on the same day in 2015. Sunday is also set to be hectic with 4.4 million leisure journeys taking place, double the number that was anticipated last year.

In total, the RAC estimates some 20.7 million cars will be using major roads for leisure trips between Thursday 25 and the end of the long weekend on Monday 29.

A combination of the weaker pound, which is boosting the case for a late staycation in the UK, plus a determination by many Brits to make the most of an extra day off work whatever the weather has in store are both likely to be factors that explain the large number of planned journeys this year.

RAC Traffic Watch spokesman Rod Dennis said: “Our study of drivers’ plans for the late August bank holiday certainly suggests a bumper time on the roads as motorists make the most of the last long weekend before the end of the summer by jumping in the car to see friends or family.

“The see-saw weather patterns – warm, dry and sunny one day, cool, wet and windy the next – look set to continue but any doubts about the weather clearly are not playing on motorists’ minds with so many of us planning a late August break.

“Drivers can expect some queues, especially on the busiest routes to the coasts, Lake District and major cities.

“It can be a good idea to travel outside peak times. This Friday evening, plus through the day during Saturday and Sunday are likely to be the most hectic with bumper-to-bumper queues expected on some parts of the network, so motorists that start their journey early or much later on each day might be rewarded with a much clearer run on the roads.

“And by completing a few simple checks of things like oil, coolant, washer fluid and tyre pressure, drivers can significantly cut the chances of their car letting them down this bank holiday.”

Picture: It could be a long weekend

Coming to a Sticky End - UK Cities Clogged by Jams

Traffic congestion in the UK’s biggest cities is 14% worse than it was just five years ago, according to a major new report but across the rest of Europe, average...

Rinnai‚Äôs direct operational support to essential works during COVID-19 is being maintained and developed for¬Ýemerging sectors such as hospitality, education, and retail. Click Image To Read More

The transition from a building‚Äôs construction to occupation isn‚Äôt always smooth. Gosha Jacewicz explains the challenges faced are a result of two significant phases in the life of a building coming together at the single point of practical completion. Click Image To Read More