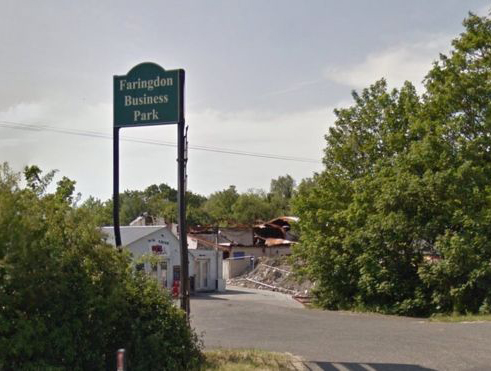 A real estate company in Oxfordshire has been fined for failing to manage asbestos on its premises following a fire.

Reading Crown Court heard how a fire occurred at Faringdon Business Park on 26 July 2014 destroying four units on the site.

Tapecrown Limited failed to have a suitable plan and risk assessment in place for the safe management of asbestos containing materials on their premises. The company pleaded guilty to breaching the Control of Asbestos Regulations 2012, and was fined £8,000 and ordered to pay costs of £4,000.

HSE inspector Sharron Cripps said: “It is important for all duty holders to manage asbestos on their premises. To do this the duty holder needs to identify asbestos containing material, determine where it is located, what condition it is in and what measures should be taken to manage the risk associated with asbestos.

This is not the first time Tapecrown had taken a cavalier approach to its responsibilities. Earlier this year the company was fined £20,000 at Oxford Crown Court for allowing waste to be stored and burnt without the relevant permits. The Environment Agency believes the operation was active for at least three years before complaints brought it to light.

"Tapecrown knowingly permitted waste crimes to be carried out at Faringdon Business Park which included storing and burning waste, storing used tyres and operating an unlicensed skip hire business," a spokesperson from the Environment Agency said at the time, adding that the company had been written to on a number of occasions. "In cases like this where individuals consistently operate illegally, we have absolutely no hesitation in prosecuting them as we want to make sure that waste crime doesn't pay."

Picture: Courtesy of Google - Faringdon Business Park where a fire revealed unmanaged asbestos and where the Environment Agency took measures to close an illegal waste operation