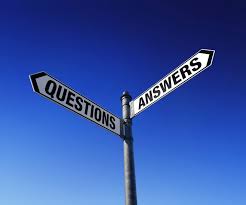 The Construction (Design and Management) Regulations (CDM 2015) came into force on 6 April 2015. The HSE has received many enquires and has provided ThisWeekinFm an answer to a frequently asked question.

If the maintenance work is construction work and there is only one contractor, no Principal Contractor or Principal Designer appointment is required. If more contractors are brought in, then a PC and PD need to be appointed for that particular project.

All construction work under CDM 2015 requires planning, but the plan for smaller jobs should be simple, short and proportionate to the risks.

Q. I have a term contract with a maintenance or FM contractor. (Typically 1- 3 years). Do I need to notify this as a project under CDM 2015?

A. A term appointment by contract does not in itself trigger notification. CDM 2015 requires 'projects' to be notified. If the term contract includes work which is deemed to be a single project, the project lasts more than 30 days and at any time during that period there are more than 20 workers on site at one time or lasts 500 person days, then the project becomes notifiable. Separate maintenance tasks carried out at separate locations, on separate buildings, do not automatically accumulate to form a single project. Note that notification is now a stand-alone duty - it does not trigger any other duties.

Whether the project is notifiable or not, as above, a Principal Contractor (PC) is required for those projects where more than one contractor is or is likely to be, involved. In these cases a Principal Designer (PD) should also be appointed but a contractor (probably the PC) may well have the necessary skills knowledge and experience to act as PD in those cases where the design work or pre construction planning, is straightforward.

A PC on smaller jobs needs to have a co-ordinating, planning, and managing role but does not need to be on site or in close supervision, all the time. The emphasis HSE expects is on management, not on direct supervision. It is the contractors’ duty to provide supervision.

A term-contractor may act as PC, if they have the skills knowledge and experience, or the role can be given to a suitably qualified contractor who is brought in. This decision is in the gift of the client, who needs to take into account the risks of the work involved and the capabilities of his or her term contractor.

Picture: The HSE has pointed us in the right direction on the issues of FM, Maintenance and CDM.

6 April 2015 and Easter Monday brings another new dawn in the ongoing quest for consistent health and safety management in the construction industry. The introduction of...