Churchgoers Shaken from Above by a Bolt 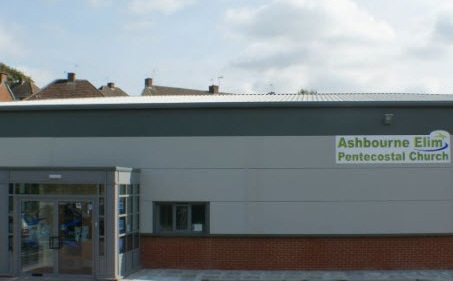 A Derbyshire company has been fined after a two-storey portable building collapsed while more than 30 children and parents were playing in the lower room.

South Derbyshire Magistrates’ Court heard the incident happened at Ashbourne Elim Pentecostal Church in Derbyshire while two volunteers – one of them partially sighted – were preparing parcels for the church’s foodbank in the upper cabin.

The two cabins had been refurbished and installed by Relocatable Building Systems in September 2013. A month later, on 24 October, both cabins dropped when a bolt on the jacking leg of the lower unit sheared off. The top part of the leg came out of the wooden frame, causing the collapse.

The upper cabin came to rest on the roof of the lower one at one corner, sending a number of food items falling off the shelves in the upper building. One of the volunteers suffered a bruised arm and although no one else was injured, all were badly shaken. Senior pastor, Rev Ben Brown said it was a ‘miracle’ the lower cabin had not collapsed on them.

A Health and Safety Executive (HSE) investigation found the company had refurbished the buildings before their installation at the church. New inner sections of the jacking legs were installed but the original pins, used to adjust the height of the legs, could not be fitted due to the holes not being drilled to the correct size. Instead, smaller bolts, which were not designed for this purpose, were used, meaning they would fail at some time in the future.

An Improvement Notice was served by HSE on Relocatable Building Systems, requiring the company to develop safe systems of work to ensure refurbished buildings were safe. Both cabins at the church were repaired and reinstalled.

Relocatable Building Systems Ltd, of Hilton Industrial Estate, Sutton Lane, Hilton, Derby was fined a total of £8,000 with £1,589 costs after admitting two breaches of the Health and Safety at Work etc Act 1974.

“This was a terrifying incident for those involved and left a lot of people scared and upset,” stated Steve Shaw HSE Inspector after the hearing. “During installation the company should have carried out a final check to ensure all the work had been completed and the two cabins were bolted together safely. It is very lucky that the top cabin stayed in contact with three of the jacking legs as this prevented the full weight coming to rest on the wooden frame of the lower unit where children were playing. The wooden frames are not designed to take the weight of an upper unit, so it could have quite easily come crashing down with horrific consequences.

Mr Shaw went on to observe that the collapse could have been avoided by Relocatable Building Systems had the refurbishment been undertaken in a suitable manner, using the same or better specification material as the original.

Rev Ben Brown, asserted that the community’s “confidence in the church was destroyed through no fault of our own and we had to build that trust back up again. There is still some suspicion and a few people still refuse to go in the buildings, even though they’ve been back in place for over a year. There’s no doubt our relationship with the community suffered as a result of what happened.”

Pictured: Ashbourne Elim Pentecostal Church in Derbyshire, where a portable building collapsed in 2013.