Clean for the Queen - then Enjoy the Capital 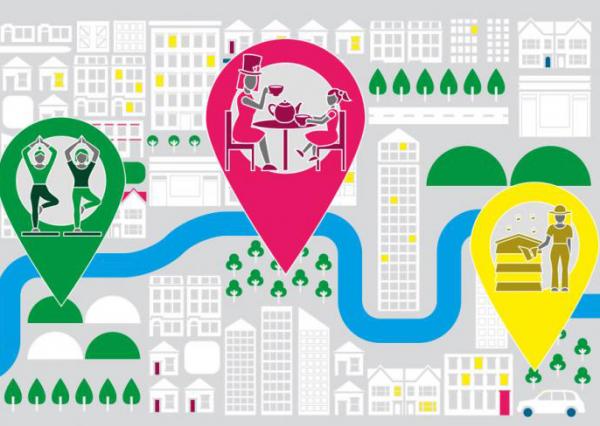 Clean for The Queen is a campaign launched by Country Life magazine in partnership with Keep Britain Tidy to clear up Britain in time for The Queen’s 90th birthday in 2016.

It will rally an army of volunteers across the country to clean up their local areas and will include a special clean-up weekend on March 4–6.

The campaign already has the support of well-known national organisations with a total membership in excess of 1.5 million, as well as individual ambassadors.

Environment Minister Rory Stewart said: “Everyone has a responsibility to keep their community tidy and this campaign provides us with a great chance to protect our wildlife and improve the quality of our streets and public spaces. I hope it will help lead to a lasting legacy of a cleaner, tidier Britain.”

How much litter is there?

About 2.25 million pieces of litter are dropped on the streets of the UK every day. Thirty million tons of rubbish are collected from England’s streets each year. That’s enough to fill Wembley Stadium four times over.

The Highways Agency clears about 180,000 sacks of litter from motorways and A roads alone. There could be 46,000 pieces of plastic floating in every square mile of the ocean. About 80% of that comes from the land. Plastic takes at least 450 years to break down in seawater.

In 2013/14, local authorities dealt with 852,000 fly-tipping incidents in England and Wales. These cost roughly £45 million to clear up. The RSPCA receives 7,000 calls a year about animals injured by litter.

In 2013, 8.3 billion single-use plastic bags were handed out in the UK. The amount of litter on UK beaches has almost doubled over the past 15 years.

How long does it take to biodegrade?

To take part in Clean for The Queen, Click Here

Now it's time for something different

Come and explore London this spring. Find Your London celebrates London’s outdoor spaces, from gardens to parks, high streets to marketplaces. The 11 day festival features over 100 events across London.

There’ll be everything from yoga in the park, cycle trails and treasure hunts, to beekeeping, an Alice in Wonderland Tea Party and more besides. A great opportunity to discover new places and join in fun activities outside.

Picture: To help you make the most of the festival, the organisers have come up with five different moods. So whether you’re looking to be Active, Curious, Playful, Relaxed or Inspired. You’ll find a great day out at Find Your London - Click Here

European Cleaning - the Awards and Rewards

The shortlist of finalists in the European Cleaning & Hygiene Awards 2017 has been announced - the winners will be presented at a gala dinner at the Parco dei...

The 2018 Kimberly-Clark Professional Golden Service Awards recognising excellence in the cleaning industry is open for entries until Monday 2 October. It is easy to...

Golden Years - Service Awards Back for 2018

The long-standing and much coveted Golden Service Awards  are set to make a return with renewed focus on raising standards in the cleaning industry. The 2018...

High-powered electric hand driers in public toilets are as loud as pneumatic drills and could cause lasting damage to vulnerable people’s hearing claims a national...