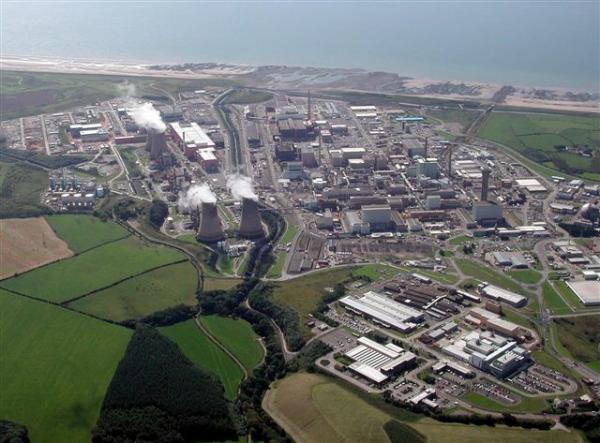 Criticism of the way Nuclear Management Partners has managed its clean up measures at  Sellafield has led to the termination of its £9 billion contract.

Nuclear Management Partners had faced its critics from a number of quarters, including the Nuclear Decommissioning Authority (NDA) and the Public Accounts Committee and the National Audit Office – the two had stated that NMP was guilty of cost overruns and delays.

On top of that, there was a warning the GMB union that it could not now be ignored over what comes after the NDA had its contract terminated. “GMB has consistently called for NMP to be sacked,” declared Gary Smith, GMB National Secretary for Energy.  “However, NDA and government should not take the support of GMB members for granted. There is a real possibility that members will refuse to cooperate with the NDA or any incoming contractor.”

The GMB argues that approximately £2 Billion of tax payers' money has been ‘squandered’ between 2013 and NMP being sacked. NDA has countered these allegations and in a statement, Iain Irving, General Manager, NMP, said: “During NMP’s tenure of the contract, we have achieved savings to the UK taxpayer of over £650 million and we have invested around £23 million from our fee in West Cumbria, making a real difference to the local community.”

This was not enough to save NMP which includes UK and French energy companies Amec and Areva as well as US engineer URS, and had run the site for more than six years during which time criticism mounted.

For its part, the government regards its decision as a temporary measure while it finds another business to take on the task. Ed Davey, Energy and Climate Change Secretary, confirmed that Sellafield Ltd would now become a subsidiary of the NDA. [Sellafield] "will continue to be led by a world class team, who will be appointed and governed by a newly-constituted board of the site licence company,” he stated.

The Labour Party has made political capital out of what seemed like a hasty decision by ministers to reverse the decision they took to renew the contract with NMP.

Last year the Nuclear Decommissioning Authority (NDA), increased its estimate for cleaning up the UK's nuclear sites by 7% to £110 billion over the next 120 years; Sellafield has a lion’s share of that bill.

Picture: Sellafield – the clean up contract has been lost by NMP among recriminations of waste and government poor decision making