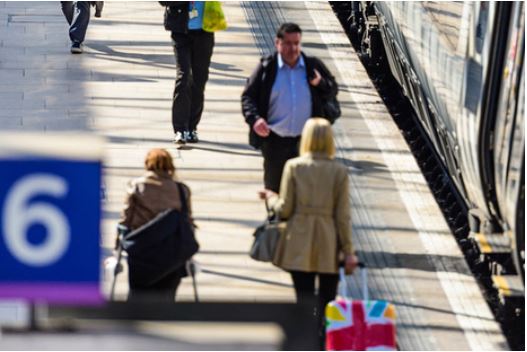 Rail passengers are set to benefit from a simple 'one-click' automated compensation claims systems, available via smartphones and smartcard registration.

New rules making it easier for rail passengers to claim compensation for delays and disruption were announced on Monday October 1. They form part of stronger obligations for future train operators under UK government awarded franchises, ensuring that passengers are more aware than ever of their right to compensation.

The announcement coincided with the publication of reports by the Department for Transport (DfT) which show the total amount of compensation paid to passengers has risen 80% in the past 2 years, as the government has increased the requirements of train operators to publicise passengers’ rights. Claims are also being dealt with more quickly, with 67% now resolved within 2 weeks compared to 48% in 2016.

The reports also highlight the need for increased use of technology; 53% of passengers state that they are now claiming for compensation online, up from 31% in 2016, with users of smartcards or mobile phone tickets most likely to make a claim.

The DfT is working with all train operators to better promote awareness of schemes such as Delay Repay and encourage them to bring in automated processes for informing passengers of their rights to claim.

Below are some links to promote to your staff and colleagues that rail ticket compensation.

Four in five passengers (81 per cent) are satisfied with their train journeys overall, according to the latest independent nationwide survey commissioned by the Rail...

Changes to the way ticket prices are calculated are set to be trialled by train companies with a view to guaranteeing customers get the best possible deal every time they...