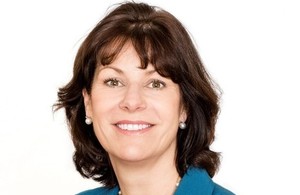 The UK will continue to play a leading role in tacking climate change while maximising the opportunities for economic growth, Climate Change e Perry said on the first day as she spoke at the opening ceremony to one of the key international climate summits.

The summit takes place alongside the UN General Assembly and supports the implementation of the Paris Agreement, as well as the achievement of the UN Sustainable Development Goals.

The UK is a global leader in tackling climate change and played a vital role in negotiating the Paris Agreement and was the first country to introduce domestic legally binding emission reduction targets.

Since the Climate Change Act, 2008 the UK has actually decreased emissions by over 40 per cent since 1990 – more than any other G7 country.

The Minister of State for Climate Change said: “The UK is decarbonising faster than any other G20 nation – since 1990 we have cut emissions by more than a third. This Government is determined to drive up the pace of decarbonisation while maximising the opportunities for growth from the global transition to a clean economy.

“A global challenge needs a global response and Climate Week is the perfect opportunity for governments and the private sector to come together, commit to clean growth and seize the opportunities it brings.”

Recent analysis conducted by PwC shows that the UK is decarbonising at the fastest rate among G20 countries with the carbon intensity of the UK economy falling by 7.7% in 2016 as a result of a decline in coal consumption, improved energy efficiency and economic growth. The UK outperformed China, the US and other EU countries, in reducing carbon intensity since 2000.

Investment in low carbon growth has been a catalyst for innovation in renewable technologies. New clean energy projects announced recently are set to power 3.6 million homes with technologies such as offshore wind at 50 per cent less cost than two years ago. The UK is making the most of its natural resources by having the largest installed capacity of offshore wind in the world.

The UK government is also supporting clean jobs through its Industrial Strategy and working to foster the skills of the next generation of workers in new industries through a new world-leading technical education system.