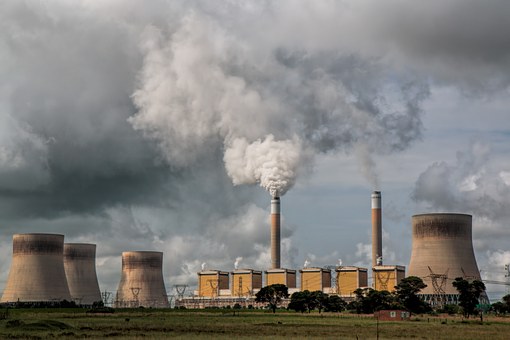 Last quarter, for the first time ever, more than half (50.2%) of Britain’s electricity was produced from low-carbon energy sources, according to a new quarterly research report released week ending Nov 18, authored by researchers from Imperial College London in collaboration with Drax.

Carbon emissions from electricity consumption are at a record low – down a third over a 12-month period and 56% over four years.

Between July and September 2016, the contribution of nuclear, biomass, hydro, wind, solar and low-carbon electricity imports from France peaked at 50.2%, up from just 20% in 2010 – demonstrating the scale and impact of Britain’s renewable energy revolution over the last six years and the unprecedented changes taking place in the UK energy sector.

The Drax Electric Insights Report is designed to shed light on the impact of these changes, which include the Government’s commitment to shift away from coal by 2025, obligations to decarbonise, policy levers including the Carbon Price Floor, commitments to new nuclear and prices reaching new highs and new lows.

Using consolidated data produced by National Grid and Elexon, which run the electricity network and balancing market respectively, it will focus, quarter by quarter, on data charting supply and demand, prices, emissions, the performance of the various generation technologies and the networks that connect them – providing new empirical evidence to contribute to the UK energy debate.

According to this quarter’s report, nuclear energy provided the largest share of low-carbon energy over the last three months, generating over a quarter of the UK’s electricity (26%), followed by on-shore and off-shore wind (10%), solar (5%), biomass (4%), low-carbon energy imports from France (4%) and hydro (1%).The data also revealed that Britain now has 26GW of solar and wind installed, a six-fold increase since 2010, while biomass has increased from nothing to 2GW of power generation over the same period.

Crucially, the findings also reveal the sharp decline in coal which has been largely due to the increases to the Carbon Price Floor which took effect last year. Just 3% of Britain’s electricity last quarter was generated from this fossil fuel – down from over a third (38%) during the same period in 2012 – placing it below wind, solar and biomass in the UK energy generation league tables for the very first time. In fact, for almost six full days last quarter, the UK was completely coal free – the first instance Britain burnt no coal to produce its electricity since 1881.

As the report points out, a quarter of Britain’s coal stations have shut down over the last 12-months. In the last quarter alone, coal utilisation fell to its lowest ever levels – with plants producing just 7% of their maximum capacity – less than half the productivity of Britain’s solar panels over the quarter.

According to the research, this move away from dispatchable fossil fuels, such as coal, towards weather dependent renewable, while slashing emissions, is also forcing the UK power system into new challenging territories. Last quarter, at its minimum only 4.7 GW of electricity was generated from flexible dispatchable power plants, meaning they had less “breathing space” for times of low demand and high renewables output. In contrast, prior to 2013, this minimum level had never previously fallen beneath 10GW.

The report also found that volatile power prices are likely to be the new normal in the UK, with last quarter witnessing the highest energy prices for several years and an all-time low. Zero or negative power prices – when high inflexible power generation meets low demand – occurred 45 times over the last quarter, twice as many as during the whole of 2015 combined. At the same time, this quarter also saw the highest peak energy price for three years, on Thursday 15th September, when prices reached £802/MWh (during a record day for heat and thus air conditioning at max).

Drax Power CEO, Andy Koss, said: “This report shows Britain’s energy system is changing dramatically and we are seeing real benefits. Cleaner energy has reached a record high and carbon emissions from electricity hit a record low. We can also see the crucial role that policy levers like the Carbon Price Floor play.

“But there is more to do to make Britain truly low carbon. Additional reliable, affordable, clean energy is needed on the system, along with a focus of getting the balance right. More intermittent renewables like wind and solar are crucial but they will require more flexible back up, like biomass, to provide homes and business with electricity on demand.”

Dr Iain Staffell, of Imperial’s Centre for Environmental Policy, said: “You cannot manage what you cannot measure. Although there is a huge amount of data available on our electricity system, before now there was no way to put it all together to see the big picture of what is happening, and more importantly why.

“My work with Drax provided an opportunity to apply my research to cut through the noise and understand Britain’s electricity is changing for the better. We are so used to bad-news stories about the environment, so it is good to see that for once concrete progress is being made.”

The first edition of the report also found that:

Three quarters (76%) of the UK’s electricity consumption emissions are now produced from burning gas, with 14% from produced burning coal – a role reversal from 2012, when coal accounted for 76% and gas 22% of these emissions respectively.

The last 12 months saw 3.2 GW of new wind and solar farms come online – while a quarter of the country’s coal capacity came off grid

Electric Insights will be published once a quarter, and is supported by an interactive website – www.ElectricInsights.co.uk

The Write Way for a Low Carbon Commitment

An alliance of organisations representing the property and construction industry is calling on the sector to maintain its focus on decarbonisation, regardless of the...