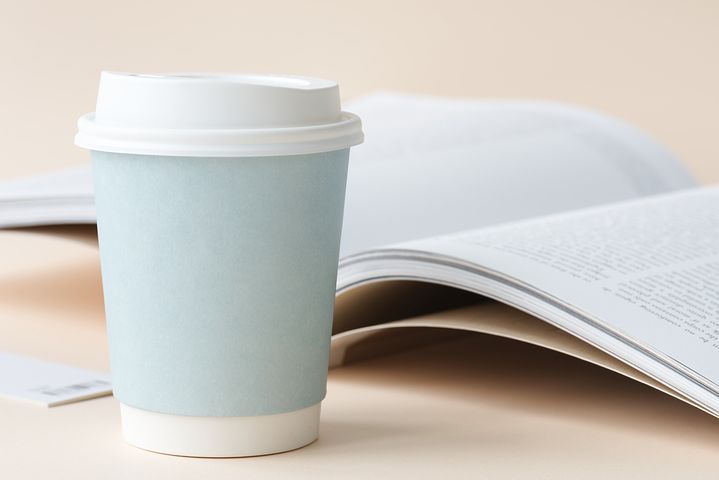 Why charge consumers 25p a cup when industry is willing to provide funding for recycling asks Martin Kersh, executive director of the Foodservice Packaging Association.

I know the government has rejected the idea of adding a 25p charge on paper cups to fund recycling infrastructure for cups and all other packaging used for on-the-go consumption. But If two key proposals of the Environmental Audit Committee's latest report are enacted, then there is no requirement.

The recycling of paper cups is set to increase fast as the coffee cup industry and its customers have introduced a large-scale recycling facility. The key to increased recycling therefore is increased collection and this requires an on-the-go waste management infrastructure that addresses all packaging used in this way and not just cups.

The public needs a simple, UK wide solution, one which is made possible by the introduction of an on-the-go waste management infrastructure. To fund this requires a reform of the UK Producer Responsibility (Packaging Recovery Note - PRN) mechanism a development that has been endorsed by many of the UK’s leading retailers and brands and is referenced as a requirement in the EAC Report.

The FPA has, for some time, called upon the government to reform the PRN system used by UK businesses to meet their packaging producer responsibility obligations and for the introduction of a funded on-the-go waste management infrastructure. We are very pleased that the Environmental Audit Committee has recognised and endorsed both proposals in its report on disposable coffee cups. The reform of the UK’s Packaging Recovery Note system must apply to all packaging on the same terms as those referenced in the report namely the easier the packaging is to recycle and the greater the recycled content then the less those placing that packaging on the market pay.

If implemented on these terms, then a reformed PRN system will produce the funding for on-the-go recycling bins and the onwards management of those bins resulting in the recovery and recycling of valuable materials currently lost due to the lack of on-the-go waste management.

A 25p charge, which works out at over £20,000 per tonne, would most likely be considered as legally accounting for the producer responsibility obligation for disposable cups so effectively shifting the charge from the producer to the consumer. Business has made clear its willingness to provide greater funding to achieve more collection and recycling through the PRN system. Surely Government should seize this opportunity and reform the system?

Why single out paper cups?

The EAC was in favour of the 25p levy that was rejected by the government. By singling out disposable cups, the EAC is, by its own admission, looking for UK coffee retailers and their cup providers to underwrite the waste management of all packaging used on the go. Its estimate of the funds created by a 25p charge are entirely disproportionate and it would seem the Committee has failed to appreciate the point of an on-the-go waste management strategy is to achieve higher collection, less littering and more recycling for all on-the-go packaging from cans to cups so simplifying waste disposal on the go. At its very simplest there could be a bin structure for food packaging and one for beverages though of course many other items are consumed on the go.

The setting of a 100% recycling target or any specific target for disposable cups should not be considered until the PRN system is reformed as recommended by the EAC to enable the creation of the on-the-go waste management infrastructure it also recommends. 100% recycling of any type of packaging is impossible. It would require all consumers to dispose of packaging correctly, for all the packaging to be sorted and all to be taken to an appropriate facility. All without loss or damage. There isn’t one country in the world that has achieved 100% recycling even with a deposit.

The major coffee shops and cup producers have made great progress in collecting and recycling paper cups. The agreement with ACE, the beverage carton trade association, means paper cups are collected and recycled with beverage cartons. In addition, James Cropper is already recycling cups, working alongside waste management companies on in-store collections from a number of large retailers. James Cropper has the capacity to recycle 0.5 billion cups year, and has recycled tens of millions to date.

We now have almost 4,000 collection points. In addition collection schemes from office blocks where many cups are disposed are growing rapidly. This must all be encouraged and the reform of the PRN system together with the creation of an on-the-go waste management infrastructure will hasten these developments.

Picture: Boost recycling before thinking about adding 25p to a disposable cup of coffee