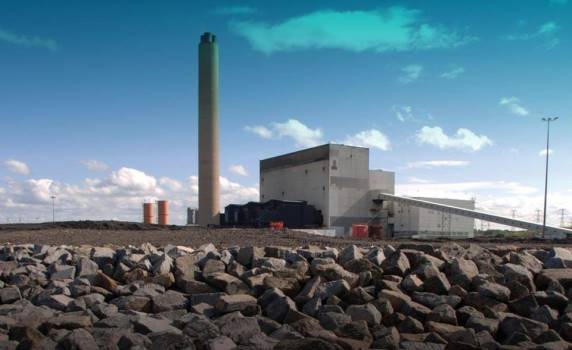 The fear that the mainly coal-fired Lynemouth power station in Northumberland which is owned by RWE npower, would close with the loss of 135 jobs, has been averted with the news that state funding would definitely go ahead and see the complete transformation to the burning of biomass materials.

The news was welcome by former MP, Alan Beith, who had worked to secure funding and securing of jobs before he lost his parliamentary seat in the May General Election. The now Lord Beith stated: “I am absolutely delighted that the state funding for conversion, secured under the Coalition Government, has passed the European Commission’s state-aid test.”  Lord Beith went on to make clear that the decision was likely to see further progress on the redevelopment of the Rio Tinto smelter site in Lynemouth through the work of Harworth Estates.

The government commitment was naturally music to the ears of those working at the power station.

“As a full coal-to-biomass conversion, this project is a win-win for all involved, declared a delighted Vaun Campbell, MD, Lynemouth Power. “The North East region and the local economy also benefits as supply chains and other infrastructure are created. Once operational the project generates 420mW, with 390mW export of low carbon electricity to the national grid, supporting the Government’s climate change targets. It has been a long journey with delays to the decision having an impact on the project but we can finally now move towards hopefully making an investment decision.”

Picture:   Lynemouth power station in Northumberland has been granted star aid to convert fully to biomass