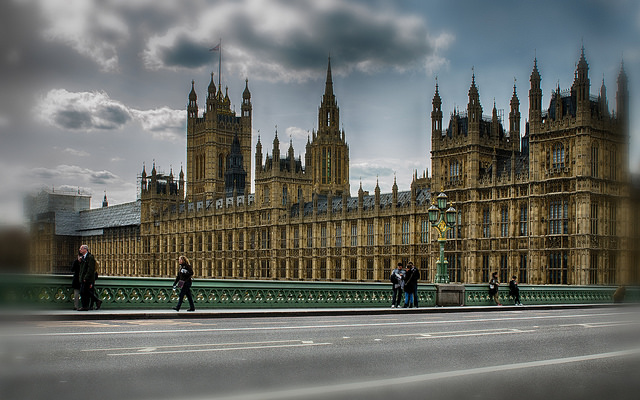 The Government's Red, Green, Amber risk assessments relating to Carillion and other major outsourced services were not good enough a Parliamentary Committee has declared.

The House of Commons Public Accounts Committee said in its Report that the collapse of Carillion plc in January 2018 raised significant concerns about the Government’s relationship with and management of, its major suppliers and the potential impact on the delivery of important public services.

The Government designates a company as a Strategic Supplier if it has contracts across several Departments that generate more than £100 million per year or it is deemed significant to a particular sector.

The Carillion assessments show that:

Although Carillion had been rated Amber owing to performance against contracts with the Ministry of Defence and Ministry of Justice, it was not until after Carillion issued a profit warning in July 2017 that Government downgraded Carillion to Red. It appears the Government was not aware of Carillion’s financial distress until this point.

Not in the Black

In November 2017, officials recommended a provisional Black rating for Carillion. However, following representations from the company, the Cabinet Office did not confirm the designation. Carillion collapsed less than two months later.

The Committee has at present chosen not to publish these papers but it reserves the right to do so. It now intends to take evidence to explore the issues and pursue concerns about Suppliers raised in the papers and previous Committee reports.

Comment from Committee Chair, Meg Hillier MP: "Government has become dependent on large contracts to deliver public projects and services. Great secrecy surrounds them. If a company providing a number of these contracts fails, this is bad news for service users and the taxpayer.

"The Strategic Supplier risk assessments provide an insight into the relationship between Government and Suppliers and give rise to many questions we want to pursue."

Hillier continued: "We recognise there are commercial sensitivities around that relationship. We are also alert to the potential impact on jobs and small businesses should certain information be made public. We have been mindful of the workers and businesses who could lose out through no fault of their own if certain information is in the public domain.

"But equally we are concerned about the lack of transparency and its potential to create an environment where poor practice takes root. Taxpayers deserve to know where their money is going, that their investment is being managed wisely and that Government is providing effective oversight.

"The Carillion papers identify clear and compelling problems with the business in the months leading to its collapse. Government had the opportunity to deal with them.

Hillier also spoke about ongoing costs, saying: "When a contract breaks down, Government is the provider of last resort. While it did not bail out Carillion – the company went in liquidation – it did inherit responsibilities and costs, ultimately borne by taxpayers, that would otherwise not be met. Failure of essential services is not an option so we need to understand the potential risks to the taxpayer.

"The fall-out from Carillion’s collapse and the resulting burden on the public purse is still not clear. We will be seeking clarity on these critical matters and probing Suppliers and Government about what they are doing to ensure such a catastrophic failure is not repeated."

Deputy Chair, Sir Geoffrey Clifton-Brown MP said: "The Government’s RAG scale for Strategic Suppliers appears to be too slow and clunky. Profit warnings for Carillion were issued in July and September 2017 and yet a high-risk recommendation to Ministers was not made until 29 November 2017. The City, in contrast, knew well before July 2017 that Carillion was in trouble."

Too big to fail

"Too many Government facilities contracts were concentrated in one large firm giving the impression that it was too big to fail, hence the perception that the Government would bail them out when push came to shove," said Clifton-Brown. "The Carillion Board’s erroneous belief that the Government would not let the company collapse appears to have contributed to their failure to take the necessary action to save the company and prevent the sad loss of jobs and damage to numerous suppliers and subcontractors when Carillion went into liquidation."

How RAG works - or doesn't as the case may be

The risk assessments aggregate publicly available information such as stock market performance, media coverage and financial statements, together with the Government’s information on contract performance. The assessments also include information provided by suppliers on potential, and live bids for further government contracts.

Amber: There are material concerns with the Supplier across one or more contracts.

Green: No known issues or isolated issues being handled through the business as usual channels.

A Strategic Supplier designated as High Risk on grounds of financial distress, must meet with Cabinet Office to discuss plans to address the relevant issues. The Cabinet Office is supposed to monitor progress against these plans. Although High Risk designation does not preclude a Strategic Supplier from taking part in government procurement activities, the Cabinet Office advises that Departments, Non-Departmental Public Bodies and Executive Agencies reduce where possible the extent to which the Strategic Supplier is given additional work under the terms of an existing contract. However, the Policy advises that High Risk designation is not of itself relevant to the conduct of procurement activities.

Picture: A House of Commons has said the Governments RAG risk assessments relating to Carillion were not good enough.

A Business, Energy and Industrial Strategy Parliamentary Committee says urgent action is needed from Whirlpool to remove the danger posed by one million defective and...

Conducting a risk assessment is not just about adjusting furniture to fit in with social distancing or stricter cleaning measures. Louise Hosking, Vice President of IOSH,...

With a number of inquiries still in progress - not least in to Grenfell - it has emerged that spending, sharing and generally getting a positive outcome is out of...