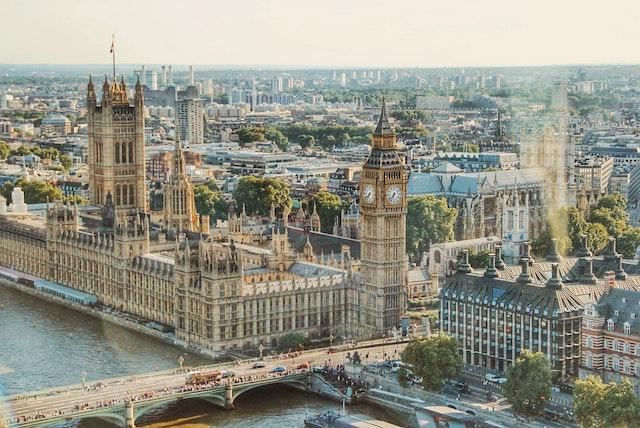 Reforms to manage the government’s vast property estate are based on “incomplete data” that risks them being locked into long-term, high-cost leases.”

A House of Commons Committee report also concluded that the IT system that provides the current property database is “inadequate”.

“The plague of ageing, inadequate data systems strikes again, this time at the heart of Government’s £158 billion property estate.”

This lack of data also means that the Government Property Agency (GPA), which oversees the government’s offices and warehouses, risks being locked into long-term, high-cost leases which do not represent good value for money.

The Cabinet Office, which has overall responsibility for government property as a whole, uses a property database called The Electronic Property Information Mapping Service, known as e-PIMS. This system appeared to be working well when only tracking data for the civil estate (offices and warehouses). But when in 2020, the Cabinet Office shifted to collecting data on all government property, it became apparent e-PIMS was not capable of handling the new data, for 136,000 properties.

The Cabinet Office told the committee that it considered an off-the-shelf solution in 2018, but believed at the time that such a system would not be capable of receiving data from 160 different bodies across government.

Instead, the Cabinet Office commissioned the development of a bespoke system, called inSite, with the expectation that it would be completed by 2021.

Landmark Solution, the contractor responsible for developing inSite, failed to complete the project and their contract was terminated in July 2022, at which point the Cabinet Office had paid out £880,000 of the £1.3 million contract.

The committee also concluded that a lack of accurate data means that the government’s calculations of office usage is down at least 25 per cent.

Witnesses explained that methods such as swipe cards were being rolled out to measure occupancy, but that “it will take time to implement these methods across the whole estate”.

One of the government’s reforms to manage their £158 billion estate was the creation of the Government Property Agency (GPA). The GPA is responsible for the Government Hubs Programme, a project which the committee expressed scepticism towards.

The Government Hubs Programme is a downsizing project where civil servants are moved from small Central London properties to larger, modern hubs located in cities across the UK. This is intended to address the reduction in demand for office space since the pandemic. The government plans to deliver at least 31 government hubs and, potentially, up to 50. HM Revenue and Customs (HMRC) has already opened 12 such hub buildings.

The committee discovered that its witnesses, which included Steven Boyd MBE, the Chief Executive of the GPA, were not able to tell them how many HMRC hubs were on long-term, unbreachable leases. The Permanent Secretary of the Cabinet Office later confirmed in writing that the number is six.

Here is a direct quotation from the committee report:

“As a result, six large hubs are now locked into much higher rents than the current market but the capital values for the leases have also declined. HMRC is now desperately trying to sub-let spaces at highly elevated rent. In the past, we have raised concerns about HMRC’s plan to create these regional hubs, particularly about entering into long-term leases and whether the plan represented value for money. Moving forward, the Chief Executive of the GPA said he was open to increasing the number of government freeholds so as to secure a ‘balance of tenures’ across their portfolio.

“However, it is possible that the GPA will be stuck with long-term leases at above-market rates, passing on those higher rates to departments that sub-let space in the hubs. We were interested to hear the Cabinet Office discuss opportunities that might exist in the current market to generate better value by buying the freehold of some properties that are currently on long-term leases.”

Picture: a photograph of the Palace of Westminster from above. Image Credit: Pexels

Datore is a business intelligence platform that provides visual analytics and AI solutions to allow companies to optimise their energy usage and sustainability...

In a world where buildings are responsible for up to 39 per cent of CO2 emissions, sustainable use of office space and reducing environmental costs ought to be embedded...