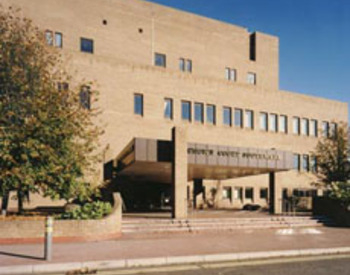 The body of Alan Young, 68, who lived in South Mead, Barnet, was discovered in the Grahame Park estate boiler house on 9 August 2011. He had been working alone at height when he fell, sustaining severe head injuries.

Southwark Crown Court heard that Mr Young had been in charge of the Grahame Park estate boiler house for 21 years with Barnet Homes Ltd and before that with Barnet Council. He had lone worker status and had checked in with his supervisor on 8 August. He had then gone to the communal boiler room on the estate to repair a leak.

The following day, his supervisor realised that no message had been received from Mr Young checking out after the previous day’s shift. When attempts to contact him by phone were fruitless, staff at the housing estate office were alerted. They failed to find him at home and the search then turned to the boiler room, where Mr Young’s body was found at the foot of the scaffold.

The evidence was that Mr Young was using a combination of fixed and mobile tower scaffolding, plus a ladder to undertake his work. HSE found the mobile scaffold had not been erected properly, had missing guardrails and did not have any wheel brakes. The ladder was not secured and Mr Young’s immediate supervisor was unaware of the presence of the fixed scaffolding. HSE also identified the company failed to prepare a proper risk assessment, bearing in mind Mr Young’s role as a lone worker.

Barnet Homes Ltd accepted that within the boiler house Mr Young had unrestricted access to a ladder and to a mobile tower scaffold and that he had not received appropriate training. The company also accepted that it did not have adequate arrangements for the control of maintenance work, and that this breach was a cause of Mr Young’s death.

Sentencing the company Judge Michael Grieve stated that a substantial fine was necessary to reflect the seriousness of the offence and loss of life, and as a message that public bodies, however short of funds, must comply with the same standards of health and safety as private organisations.

After sentencing, HSE Inspector Charles Linfoot said that the accident was entirely preventable. “Barnet Homes Ltd has an obligation to provide suitable and sufficient measures to protect their workers during the course of their employment. Working at height poses particular risks and yet it was clear Barnet Homes did not assess the risks. Had they done so, there would have been a suitable work platform provided so Mr Young could carry out his work in safety.”

For further information on safe working at height, visit the website: www.hse.gov.uk/falls

Pictured: Southwark Crown Court, London, where Barnet Homes Ltd was fined for safety failings that led to the death of an engineer in a communal boiler house