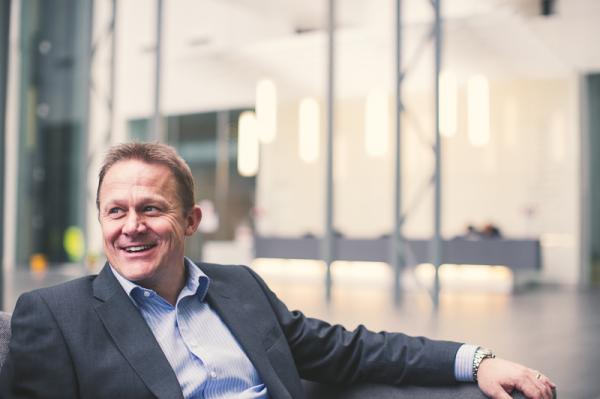 What's happening over at Condeco Software? asked ThisWeekinFM in a recent Grapevine as we were surprised to hear Debra Ward EMEA Managing Director had parted company.

Not true came the answer when Founder & CEO Paul Statham called from Hong Kong to put the record straight.

Statham was in that part of the world to open yet another office. Condeco is in the process of yet another international phase of rapid expansion, Statham explained (somewhat groggily as he'd just been woken and alerted to our story by a concerned executive). He said: "Debra is with us until the end of the year but she's realised she's a people person and we're a techy firm and though she's done a great job, she's not happy...or not as happy as she would be back in another role. I'll be having dinner with Debra in November...we're friends so I'm sad to see here going but glad she confided in me and we came to the best conclusion."

Statham also pointed to Ward's involvement thus far in rapid expansion that has seen Condeco grow 45 per cent year on year and open offices all over the world including Frankfurt and Paris. "Debra Ward's remit was to solidify our Europe investment and build those regions as core. Part of the plan was to split operations into three -  Northern Europe, Southern Europe and London. Working with UK MD David Howarth (who was the former Joint MD with Ward at Mitie Client Services), they undertook the project and delivered it in June. In the first four months - June to September - we've seen another 50 per cent growth and 300 per cent of recurring SaaS (Software-as-a-Service) revenue."

Statham also confided that following a $30 million dollar investment (for 30 per cent of company), revenue will be $100 million this year for the global office utilisation and workspace scheduling solutions business.

The company has recently opened a Hong Kong office (which Statham was on his way to visit) and opened a hardware production facility in Shanghai to go along with the one already in operation in Sheng Zeng.

370 per cent in the Americas

On October 21 Condeco announced annualised sales revenue growth of more than 370 per cent in the Americas between 2013 and 2016. Mopmentum this year was aided by the $30 million investment from Highland Capital Partners-Europe mentioned above.

“We’ve seen strong growth in the demand for our products over the past few years,” Martin Brooker, Chief Executive Officer for the Americas told ThisWeekinFM. “Corporations around the world are looking for ways to keep the costs of office facilities down while at the same time leveraging advanced technologies to provide their employees the collaboration and mobility capabilities they need. That gives Condeco a tremendous advantage in the marketplace.”

Condeco’s conversion of its workplace scheduling software to a Software-as-a-Service model is one such solution that has grown with year to date revenue up by 340 per cent over the previous year.

In the US, Condeco help big names such as Newell Brands, Time Inc. and AECOM with delivering more agile workspace.  Condeco purchased the myVRM platform in June 2016 which streamlines the whole process of setting up audio, video, content sharing and virtual meetings and has merged the offering with new desk booking screens to simplify desk space management, which a clients' employees can use to book and touch in and out of shared space using their RFID card.

Condeco has more than doubled its workforce since 2014 and will soon move its New York headquarters to Manhattan’s Herald Square - all fitted-out with Condeco products.

The market for workplace solutions is expected to grow to $9.4 billion by 2019, according to analyst firm MarketsandMarkets.