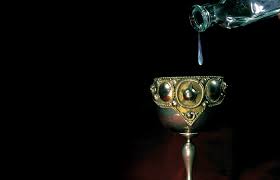 The British Institute of Facilities Management is showing marvellous continuity by losing yet another CEO in record time.

Julie Kortens has sent a press release saying: 'After careful consideration, the BIFM Board and Ray Perry have mutually decided that he will step down from his role as CEO with immediate effect. The Board, keen to ensure continuity, has appointed Linda Hausmanis, BIFM’s Director of Professional Development, as Acting Chief Executive'.

Hausmanis will hold the reins until the next CEO can be found.

Pawn in the equation

Perry was only appointed in late February and took-up the post in late May this year. He was still on hand to deliver the welcome at the recent BIFM Awards. He had arrived from his previous role as Chief Executive of the National Pawnbrokers Association.

Perry's appointment came after James Sutton stepped down in the summer of 2015 (the recruitment search started in November). Sutton had taken over from Gareth Tancred, in early 2015 after Tancred himself had barely spent any time in the post.