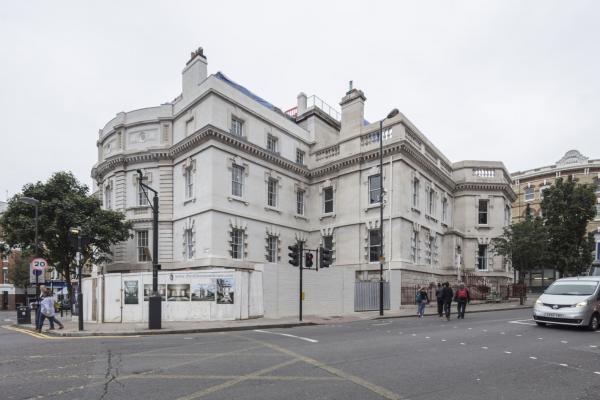 The Old Sessions House in Clerkenwell, London, a grand, former courthouse that once had a reputation for dishing out some the harshest sentences in the city, has undergone a transformation, costing close to £15 million, and has been launched back to the market as one of the most intriguing new sites to meet, eat, drink and work in the capital.

The sympathetic redevelopment of the 35,000 sq ft Grade II listed building has been led by brothers Ted and Oliver Grebelius at Satila Studios, who purchased the property in 2013 with the intention of bringing the landmark property into the 21st century as an all-day destination, with a mix of public and private spaces. Global real estate advisors, Colliers International has been instructed to let the property for £65 per sq ft for retail and leisure space and £75 per sq ft for office/private members space.

Ted Grebelius said; “While London is one of the most forward looking cities in the world, its rich history plays a major role in making it one of the most exciting and unique places to live and work. We absolutely fell in love with the intriguing history behind The Old Sessions House and the way it proudly stands in an otherwise very contemporary, vibrant area of London.

“A great deal of historic features needed restoring and repairing, with some areas virtually untouched for over 100 years. We wanted to restore its historic character and grandeur, whilst also making it practical for modern use as a place for work and leisure.

“Only now the restoration is complete are we inviting potential tenants to come in and tell us their ideas. The building has a strong background as a meeting place and we would love to see that re-established.”

The main building spans three floors and includes 20-meter-tall grand dome modelled after the Pantheon in Rome, two old courtrooms and former judges’ rooms spaces. These spaces will host a principal tenant – either a unique headquarters building or a members’ club concept – that will be carefully selected to complement the space and the surrounding neighbourhood. On the top floor, the former judges’ dining room will become an intimate restaurant, terrace and wine bar, which will be run by the Grebelius brothers. On the ground floor, the former dungeons will become part of the public offering, hosting an eclectic mix of food and drink vendors amongst the prison cells remains, including cell bars, prisoners’ staircases and Portland stone cornices.

The restoration has taken five years, overseen by architects, Feilden+Mawson. Expert craftspeople from across the UK brought in to ensure that the building’s historic features have been either preserved or painstakingly replicated in keeping with the building’s opulence. The patina of aged stone and plasterwork throughout is a reminder of the building’s long, storied history. The cast iron railings are original, as are the authentic 19th century hallway lanterns. Meanwhile, handmade doors mirror the style of the originals and custom-made Victorian and Georgian fireplaces dot the space. Touches of antique brass and bronze has been used throughout for greater majesty.

The result is a space, which helped the building to land a coveted agreement to host Burberry’s latest show 'Here we are', a major photographic exhibition curated by president and chief creative officer, Christopher Bailey. The show will run until 1st October 2017.

Below: Interior Restoration in Progress 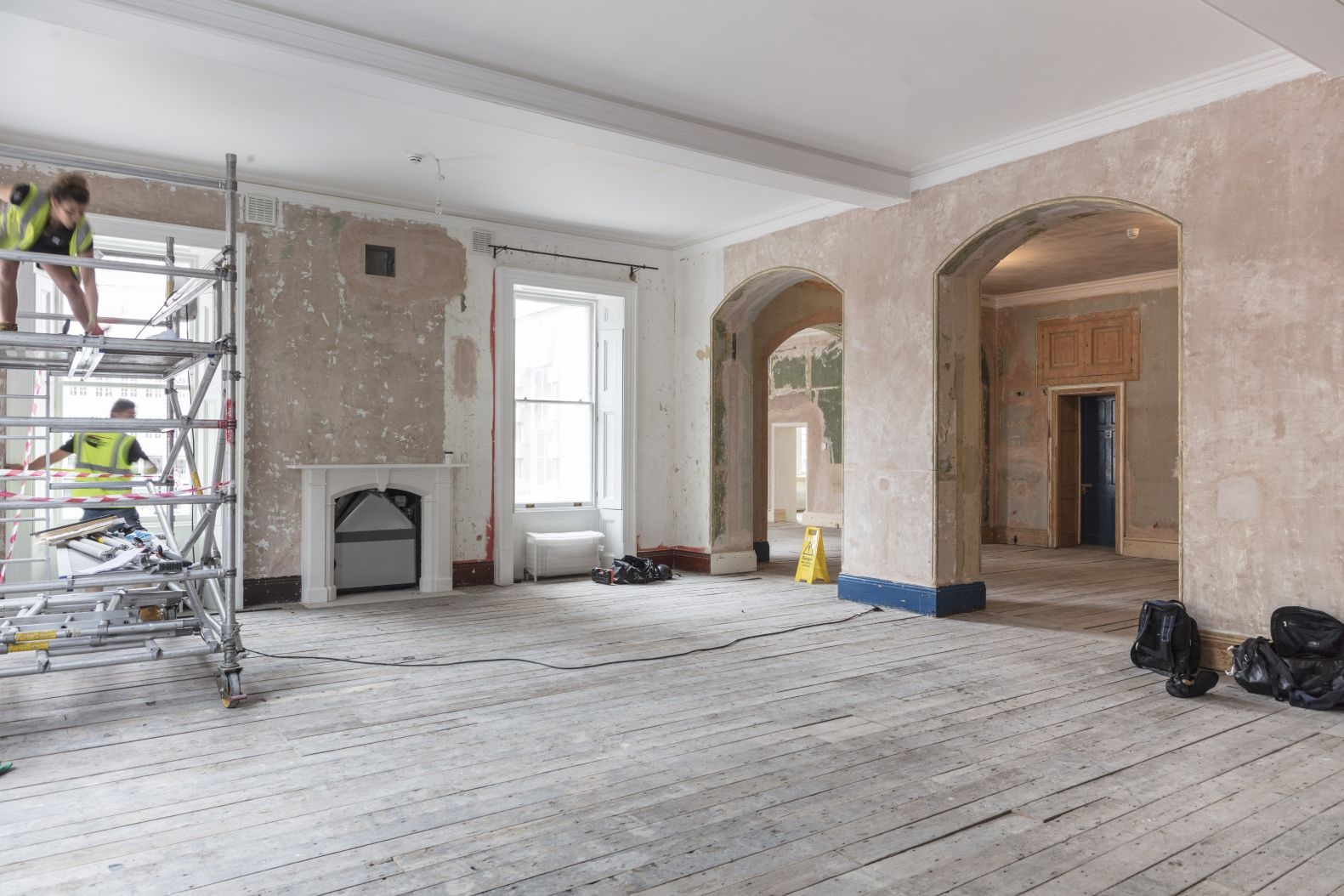