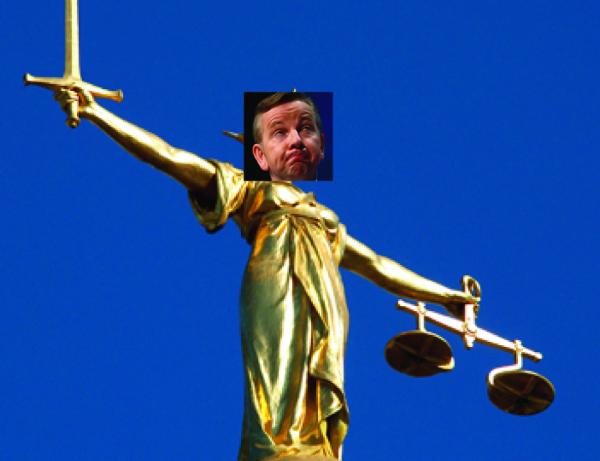 Justice Secretary Michael Gove has caused disquiet with his wish to close more courts and tribunals in a drive to cut costs.

A total of 91 courts and tribunals appear to be lined up in what Gove terms as 'surplus to requirements', along with the integration of a further 31 tribunals in England and Wales.

The Ministry of Justice had issued its Proposal on the provision of court and tribunal estate in England and Wales with consultation beginning on 16 July and closing on 8 October 2015 and in a written statement, the parliamentary under-secretary of state for courts and legal aid, Shailesh Vara, stated that the service's estate was ‘underused’ and cost the taxpayer about £500 million every year.

‘Last year over a third of all courts and tribunals were empty for more than 50% of their available hearing time," he said. ‘The buildings being consulted on represent 16% of hearing rooms across the estate which are, on average, used for only a third of their available time. That is equivalent to fewer than two out of five days in a week.’

However, concern was expressed by the Public and Commercial Services union (PCS) that this proposal comes against a background of previous closures. It notes that 93 magistrates' courts and 49 county courts were closed in the last large-scale round of closures. It alleged that a number of these had not been sold and were still being maintained at taxpayers' expense, so the anticipated savings have not been realised. The closure of 91 courts and tribunals in England and Wales would mean that 38.5% of courts and tribunals would have closed since 2010.

“With courts closures and cuts to legal aid, access to justice has been significantly restricted by the previous government and now this one,” argued Mark Serwotka, General Secretary, PCS. ”We do not believe it is in the interests of justice to leave our communities without easy access to courthouses and tribunals.”

For its part, a Law Society spokesperson told TwinFM: “Promoting and protecting access to justice for all, whoever and wherever they are, is a continual theme for the Law Society, and a core value uniting our diverse membership. We will respond to the government proposals for the closure and integration of courts and tribunals across England and Wales following consultation with the profession, including assessing the potential impact on legal aid tender bids.”

Picture: The scales of justice may be tipping towards more closures of courts and tribunals if Michael Gove has his way

In line with its purchase of a 175,000sqft office campus in Hemel Hempstead, Tristan Capital Partners has appointed property advisory firm Capital Properties to manage...

Strathclyde University’s Jordanhill Campus is up for sale in the largest development opportunity in Scotland so far this year. Set in a predominantly residential...