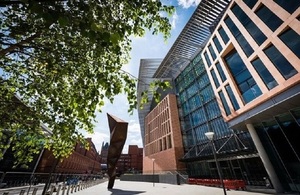 The first scientists have moved in to London’s new world-leading research laboratory bringing with them the threat of disruption from animal rights campaigners. The £650 million Francis Crick Institute at St Pancras will be the home to scientists moving from the old Medical Research Building based in the green belt suburb of Mill Hill - famed not least for its animal experiments.

With the return of Greenpeace to high profile protests in London climbing Nelson's Column and the entrance to the British Museum, some neighbours are concerned that the Crick could arouse militant anti-vivisection demonstrators and they could get caught in the middle of any stand-offs. The Anti-Vivisection Society is still active and also based in London. It currently peacefully campaigns against animal experimentation particularly encouraging people to get involved in World Day for Laboratory Animals 24 April 2016.

Many of the researchers are still at Mill Hill whilst others have taken-up temporary residency at the substantial premises of a nearby sympathetic scientific research charity.

Backed by £350 million of government investment, the Francis Crick Institute will be one of the most developed facilities for medical research in the world say its supporters. It will be home to 1,250 scientists working on pioneering drugs and treatments for illnesses such as cancer, stroke and motor neurone disease. Named after Sir Francis Crick – the British scientist jointly responsible for the discovery of the double helix in human DNA – it is the biggest biomedical research institute under one roof in Europe.

Covering 1 million square feet of floor space, the 170 metre long building provides scientists with the most sensitive and advanced research equipment – such as the electron microscopy that allows the most detailed studies of biological structures.

Around 250 staff will support the 1,250 scientists who are coming from the recent merger between the Medical Research Council’s National Institute for Medical Research and Cancer Research UK’s London Research Institute as well as UCL, Imperial and King’s; with everybody expected to be in the building by early 2017.

Once fully operational next year, the institute will be open to members of the public thanks to its dedicated public space including a gallery, café and 450-seat auditorium to host local, national and international events, talks and exhibitions. It will also run a schools outreach programme, with a lab dedicated to hosting school visits, helping to achieve its aim of engaging all 27,000 state school children in the local borough.

The Crick is 170m long from one end to the other.

It has a total floor space of 93,000 square metres which is nearly one million square feet (that’s the size of 17.5 football fields).

there are 1,553 rooms (twice as many as Buckingham Palace).

25,000 sensors constantly monitor heat, light, pressure and humidity (that’s 4 times as many as in The Shard).

the labs have been fitted out with over four kilometres of laboratory benching.

99% of the waste and soil removed during construction has been reused or recycled.

The building incorporates brown roofs (where wild flowers and plants can grow) and bat boxes to encourage wildlife.

There are 180 bike racks for staff, plus more outside for visitors extensive use of glass in the design allows natural light to flood into the building, and all light fittings are energy-efficient.

With science in the 21st century requiring greater collaboration across disciplines than ever before, the Institute has been specifically designed to encourage scientists from different teams to work together, with researchers in different fields assigned labs next to each other and shared facilities, breakout areas and communal work space throughout the building.

What the Ministers say

Business and Energy Secretary Greg Clark said: "Our investment in The Francis Crick Institute will ensure the UK continues to harness the strength of our world-leading research base to improve lives, creates businesses and jobs and drive economic growth across the UK. Science Minister Jo Johnson said: "The Institute is another jewel in the UK’s crown as a knowledge economy and will help strengthen our position as the partner of choice for researchers around the world. Attracting the best talent, the institute will help turn the discoveries in the labs into life-saving treatments for patients in the clinics. Health Secretary Jeremy Hunt said: "This promises huge strides in health research in the UK, providing our scientists with the facilities they need to carry out ground-breaking research. The institute will help to underpin new research into disease prevention, diagnosis and new treatments that will ultimately bring huge benefits to NHS patients."

Picture: The Francis Crick institute and Elisa, a macaque monkey at the Institute of Neurology, London, UK 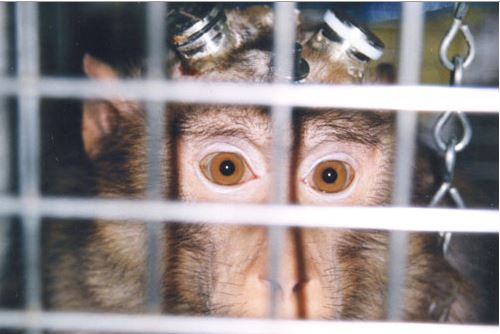