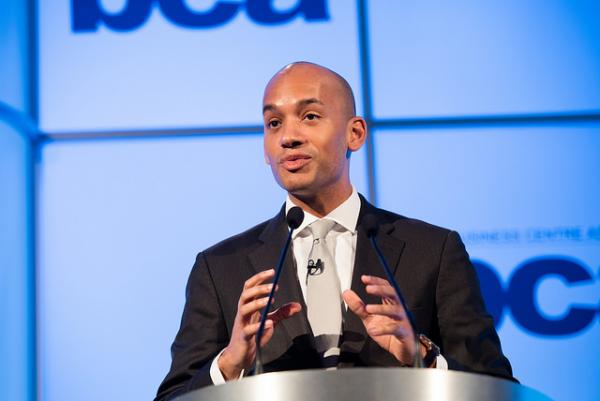 Unite has called on the government to act decisively to end blacklisting once and for all by barring blacklisters from public sector contracts and holding a full public inquiry into the issue.

The union repeated its call after Chuka Umunna MP, revealed in a parliamentary Westminster Hall debate this week (ending Sept 8) that Crossrail and major contractors working on the project, are engaged in the contemporary blacklisting of workers.

“Crossrail and its major contractors have been caught red-handed blacklisting workers. This is a publicly funded project and the government can no longer pretend this isn’t happening. They have always claimed they are opposed to blacklisting, now is their opportunity to act.

“Workers are continuing to have their lives ruined simply for being a member of a union, standing up for their rights or raising safety concerns. The companies concerned believe that they are untouchable.

Speaking on the issues at Crossrail, Mr Umunna said: “The first case concerns emails that I have been passed which were circulated between contractors and the employee relations department at Crossrail which detail questionable surveillance of workers that took place at a peaceful demonstration at a Crossrail site in 2016.

“The evidence which I will supply after this debate to the minister illustrates that a number of construction workers were being closely watched there and sensitive personal information was being collected in relation to them.

“Two of the workers concerned who were subject to that surveillance have since sought to obtain further employment on Crossrail and did so through agencies advertising positions. However as soon as they relayed their names there was a delay and then they were subsequently given an excuse as to why the positions have been filled.”

Unite has also sent information to the Information Commissioners Office, concerning the way in which the publicly funded Crossrail project disseminates information of anyone demonstrating outside of their sites. The ICO has said the 'collection of this type of data is potentially excessive'. In the view of the ICO 'it raises the possibility that surveillance is being undertaken without appropriate checks and balances in place'.

Mr Umunna added: “One sub-contractor has actually told Unite that the consequences of him employing a Unite member would be the refusal of future work and for obvious reasons the sub-contractor does not wish to disclose their identity.”

Mr Umunna raised a second case of an electrician, who has been seeking work in the industry since raising a grievance whilst working on Crossrail. He has since applied for hundreds of job vacancies almost always being turned down.

The worker served Crossrail with a subject access request and Mr Umunna has been given a copy of those documents. Mr Umunna, said: “They reveal Crossrail and three of its contractors exchanging sensitive personal data concerning this individual’s previous employment, and the issues and grievances he had raised there. On the face of it the data appears to be processed for the purpose of determining the individual’s suitability for employment related to his trade union activities. The very strong inference from the documents is that some kind of vetting operation was in operation between Crossrail, its contractors and the agencies involved.”

Mr Umunna promised to pass all the information on contemporary blacklisting to Margot James MP the business minister who attended the debate.