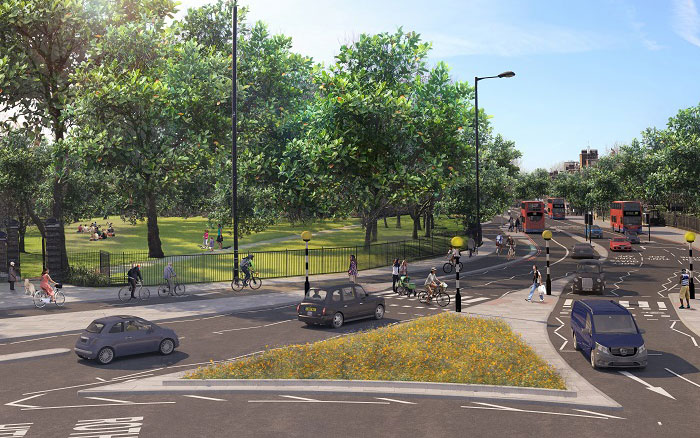 Work on Cycleway 4 in Greenwich is set to begin later this year, several months earlier than initially planned and London’s record-breaking Santander Cycles bike hire scheme will be expanded.

The Mayor of London, Sadiq Khan, this week ending August 30, announced that construction of the next section of Cycleway 4 will start ahead of schedule, helping communities in south-east London enjoy the benefits of this major new route between Tower Bridge and Greenwich sooner.

Khan said work on the Creek Road section will start later this year - instead of April 2020 as originally planned - during a visit to see the ongoing transformation of Rotherhithe roundabout which has one of the worst safety records in the capital.

Once complete, Cycleway 4 will add 10km of segregated cycle route to London’s network – enabling thousands more people to make everyday journeys by bike. New pedestrian crossings are set to make the area much easier for people walking to get around.

Work on the first sections of Cycleway 4 began in July, with work currently taking place to create 3.6km of segregated Cycleway along Tooley Street and Jamaica Road. Work is also underway on a complete overhaul of  Rotherhithe roundabout, which is included in the Safer Junctions programme, to create segregated cycle lanes around it. This section is set to be complete by spring next year.

The Mayor also announced that London’s cycle hire scheme, Santander Cycles, is set to be expanded along the new route between Tooley Street and Canada Water station when the Cycleway opens. New docking stations along the route will make it even easier for people to start cycling in south-east London and it will be the first time that the scheme has reached Bermondsey and Rotherhithe.

TfL has been working closely with its contractor, Kier Highways, and Southwark Council to keep any disruption caused by construction work to a minimum. Much of the work has been planned to take place over the school holidays, when there are fewer people using the roads. TfL is also monitoring traffic along the route regularly, adjusting traffic light timings where necessary to help keep people moving.

Picture: An impression of the new section of Cycleway 4.