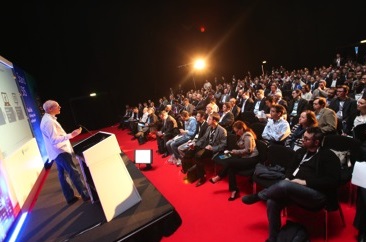 Although a great a good deal of the exhibits at the Data Centre World exhibition were specific to ‘the data bit’ much of what was going on was very much property related – it just happened that the properties being targeted are data centres.

Of course the co-located Cloud Computing show was very tech based – but again the TWinFM team were able to see the Cloud in action and how it is an FM issue if only from an understanding the impacts point of view.

Data Centre World will have already opened its doors on Thursday 27 February at 10.00am - for a second day of seminars including those at a theatre specifically tackling FM issues.

To attend is free, click here to register and get along – or at least see what you missed.