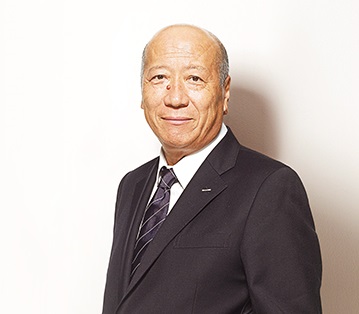 Dentsu Incorporated, the Japanese advertising agency with its global headquarters (Dentsu Aegis Network) in the UK, had its offices raided in both July and October of this year by Labor Standards' officers. The October raid followed the suicide of a young employee that was deemed death by overwork - or Karoshi in Japanese.

President & CEO: Tadashi Ishii said from the company's Tokyo Head Office that the firm had implemented various measures, taking into account corrective recommendations that have been made by the Labor Standards Inspection Offices in connection with the Labor Standards Act. he said: "We take labour standards extremely seriously and want to proactively try to remove karoshi from Dentsu's working culture.

"We have promoted measures to raise employee awareness to full compliance with Japan's Labor Standards Act, to control long working hours and ensure safety and measures concerning working style reform and improvement in the office environment, among others. Most recently, we have started to prohibit employees from working after 10:00pm as a general rule and all lights in all buildings are turned off thereafter (from 10:00pm to 5:00am the following morning); prohibit employees from staying in the office for personal matters; maintain overtime work in excess of the statutory working hours at up to 45 hours per month (overtime work in excess of the prescribed working hours at up to 65 hours per month) and to limit overtime work under the special provisions at 30 hours; ensure thorough compliance with daily working hours under the Article 36 agreement; prohibit new employees from making special provisions applications; and we will develop tools for educational activities.

"To accelerate work on these measures to improve our working environment and control long working hours, we aim to eliminate karoshi so that our employees maintain a healthy work/life balance and operate in an environment where they can realise their growth potential. To drive this, we announced the establishment of the Dentsu Working Environment Reforms Commission, headed by the President & CEO (and composed of eight members: the President, the Senior Executive Vice President and the six Executive Officers who are each in charge of the Japan Business, Corporate Strategy Planning, HR, Sales, Media Relations and Solutions operations). Going forward, this Dentsu Working Environment Reforms Commission will create a comprehensive reform plan to prevent repeated overwork issues, including business planning and a comprehensive review of the organisation, its personnel system and business flow, and implement various specific actions. In addition, we are initiating an independent review into our company's labor practices to ensure compliance with laws and regulations. We have engaged a law firm that has never been involved in our company's human resources and labour practices, in addition to the internal investigation that has already been conducted.

"We are also establishing four 'Internal Teams for Recommendations'. The members of these teams will be drawn from employees across the organisation to build in opinions of junior employees and middle-level managers working in our company to provide input and ideas to the changes which will be led by the Dentsu Working Environment Reforms Commission. These groups will be established this immediately. Further, in preparing a comprehensive reform plan, we plan to seek advice from several external experts.

"Finally, Dentsu continues to cooperate fully with the authorities on their investigation and once a determination is made on the facts about overwork issues, any disciplinary measures deemed appropriate to any Executive Officers or employees will be made rigorously and announced separately."

Such was the problem at Dentsu, not only did Labor Officers raid the company's Tokyo headquarters, offices in Kyoto, Nagoya and Osaka were inspected simultaneously by teams looking for signs that employees had been at their desks for hour after hour day after day. The company had previously been inspected - just one culprit in a society that consistently feels pressurised in to overwork.

It has been reported that the 24 year old woman who took her own life had worked 105 hours of overtime in October alone.

Suicide is Not Painless

Figures released by the Office for National Statistics (ONS) show that more women took their own lives in 2015 than at any time in the previous decade and that deaths by...

A group of Mo Bros and Sistas gathered outside the Houses of Parliament to raise awareness of the crisis in men's health, at the dawn of Movember 2016. Organised...