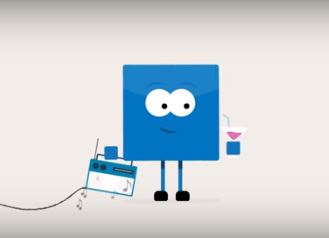 Richardson Eyres has launched The Unfortunate Demise and Rebirth of Data Dave which is a short video that follows the lovable and wildly unlucky Data Dave who, despite the most unfortunate of demises, is always regenerated by his RE Cloud hat.

"The video is a fun new way of explaining the importance of backup as a service to those without huge technical knowledge," explained Matt Grant, Partner Business Manager, Hewlett Packard Enterprise.

The RE Cloud Backup Service is a replacement for on-premise backup (often by vulnerable magnetic tape or disc) and offsite data protection. It is claimed to offer the benefits of the most advanced enterprise backup with cost effective recovery, in a simple pay-as-you-go arrangement.
It is said to provide an easy way to restore critical data in the event of hard drive crashes, power surges, dropped or stolen laptops, accidental deletes and even full-blown disasters with the option to restore business on the cloud platform.

Picture: The Unfortunate Demise and Rebirth of Data Dave

3D Printing Guide ñ Can I Print It Myself?

BSRIA has launched a 3D Printing Guide to answer the how? what? and why? and highlight its benefits especially its accuracy and speed. The guide offers quick facts and...

IT decision makers in the UK view malware as the main security threat to their organisation but there is growing concern about phishing and ‘spear phishing’...

SplashData has announced the 2015 edition of its annual Worst Passwords List highlighting the insecure password habits of Internet users. '123456' and...