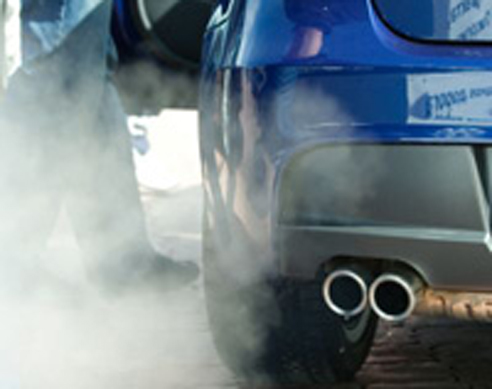 The International Agency for Research on Cancer a specialised agency of the World Health Organization (WHO) – has declared there is convincing evidence that exposure to outdoor air pollution causes lung cancer.

IARC has also classified a major component of outdoor air pollution – particulate matter (PM) – as carcinogenic. Although both the composition and levels of air pollution can vary dramatically from one location to the next, the cancer agency says that its conclusions apply to all regions of the world.

In a statement, Magnus Yngen, President and CEO of the Camfil Group, made the following comment about IARC’s conclusion: “It is now officially recognised that outdoor air pollution contains cancer causing substances, which sends a clear signal to policymakers around the world to improve the quality of the air we breathe in cities where severe air pollution impacts human health and life negatively.

“However, improving indoor air quality is just as important. To protect occupants in polluted cities, a three-pronged strategy is needed for urban buildings: effective particle and molecular gas filters in air handling units, elimination or control of indoor pollution and, when necessary, supplementary air cleaning with standalone filtration units to deal with special air-quality problems at the source. Without a comprehensive filtration approach, unclean outdoor air supplied through ventilation systems can mix with indoor sources and become up to 50 times more polluted.”

IARC’s conclusion that air pollution is carcinogenic comes in the wake of earlier announcements by WHO and several studies published in The Lancet journals about the negative effects of air pollution – how it increases the risk of heart failure and lung disease and can reduce the birthweight of infants.

Particulate matter can cause cancer

IARC now ranks particle pollution – particulate matter – as a cause of cancer, classifying it as a Group 1 human carcinogen along with 100 other known substances. The agency has already classified many chemicals and mixtures that can be components of air pollution, including diesel engine exhaust, solvents, metals and dusts.

“Today, we know that air pollution increases the risk of lung cancer even at levels lower than those recommended by the EU for particulate matter: 25 μg/m3 for PM2.5, a size fraction reflecting extremely small particles, and 40 μg/m3 for PM10, which are coarser but still very small,” said Mikael Forslund, PhD, Tech Expert in Molecular Filtration at Camfil. “But the recommended European limit is still higher than WHO’s guideline of 10 μg/m3 for total PM2.5, even when WHO has found no safe level of human exposure down to 8 μg/m3 or below.”