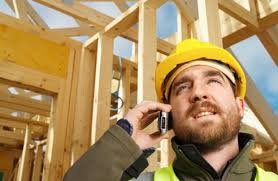 When it comes to being on the dog at work (and sometimes in safety critical situations) construction workers are among the worst culprits.

The research of 2,012 UK adults was carried out by gadgets and technology retailer, LaptopsDirect.co.uk showed 78% regularly respond to personal text messages during working hours and 59% regularly take personal phone calls whilst working.

52% admit to answering instant messages via platforms such as Whatsapp and Facebook, whilst 9% have sent a Snapchat from their workplace.

44% of respondents did say their workplace permitted reasonable use of smartphones but ore than a third (38%) regularly check their social media accounts while in the workplace.

Mark Kelly, at LaptopsDirect.co.uk, said: “It’s no surprise that we are addicted to our smartphones however overuse during working hours can add up, leaving a serious shortfall in productivity. Although companies monitor and prohibit the use of social media during the working day, the research shows that there is still a large amount of people continuing to use their device.

Finally, 14% have been told off for using smartphones at work, while just 4% have been disciplined for use of their own tech during work time.

Picture: 120 hours are lost a year per employee to personal smartphone says a new survey

New guidance to encourage better management of occupational health risks by the HSE is urging the industry to put an end to the hundreds of construction workers that die...

The two women, aged 72 and 53, suffered serious head injuries as a result of a metal scaffold pole falling from a building on Eldon Street in the City of London –...