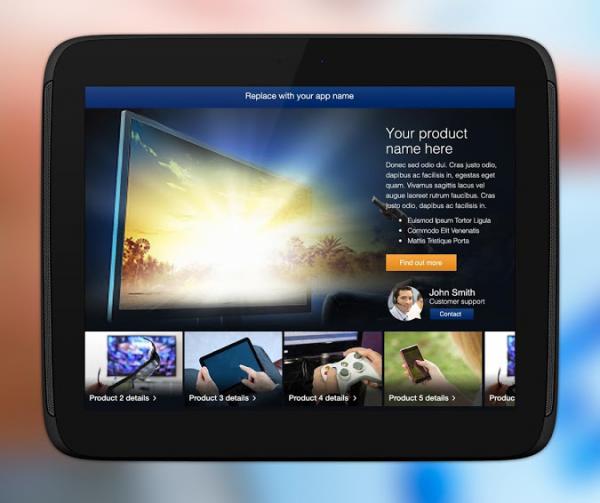 The number of enterprise apps doubled last year as businesses become increasingly aware of the potential impact that ‘in house’ apps can have on productivity according to a new report by Fliplet.

The Year in Mobile Report from Fliplet which includes data from businesses operating across 10 geographical markets, showed that in 2015 enterprises on average created just under five apps each, an increase of 176% on 2014 with the rise particularly prevalent in non-technical departments such as marketing and human resources.

If that trend continues the number of apps created on average annually by businesses and organisations is expected to rise to over eight by the end of this year. The findings follow those by tech research group Gartner which predicts that by the end of next year market demand for mobile app development services will grow at least five times faster than companies’ internal IT can deliver them.

According to the Fliplet report, approximately 40% of enterprise apps created last year were designed for customer use and 60% for in-house or employee use, indicating that more businesses are aware of the potential for mobile apps to increase productivity levels, potentially by as much as 40%, according to independent research.

The Fliplet report also showed UK businesses were the most active users of enterprise apps last year with India seeing the greatest involvement levels. While there was a wide variety of industries investing in enterprise app development, professional services, energy and utilities, technology and healthcare were the frontrunners.

Employee handbook, conference and content marketing apps proved to be the most popular app types created by enterprises in 2015.

“As demand for in-company mobile apps grows, businesses are searching for easier creation options that enable all staff – not just IT – to build mobile apps that solve business problems,” explained Ian Broom, CEO and Co-Founder, Fliplet. “We expect this boom in enterprise app creation and use to continue exponentially and we also expect wearables to become standard equipment for knowledge workers and companies to start using enterprise virtual reality to add additional levels of immersion to workflows.”

Mr Broom predicted that sectors such as logistics, transport, manufacturing and retail which are currently supplying IT only via mobile devices, will be key adopters of mobile app technology in 2016. “Enterprise mobile apps enable companies to get software to non desk-based employees working in factories and stores, for a fraction of the cost of traditional computers,” he concluded.

Picture: Enterprise apps are set to increase massively according to the latest Fliplet report