Driving A Campaign Against Phoning Drivers 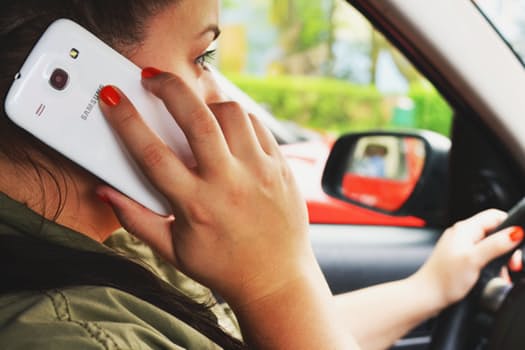 Police forces have been cracking down on mobile phone use by drivers in targeted operations this week (ending November 18)  to prosecute offenders and drive home the risks and consequences of distraction driving.

This is the second national week of action against drivers using mobile phones. The first in May of this year resulted in 2,323 offences detected across the week. Similar campaigns have also targeted mobile phones, including Operation Tramline across 25 forces which targeted HGV drivers and resulted in 1713 offences recorded between April 2015 and July 2016.

A recent 2016 annual report on motoring by the RAC suggests the number of motorists who illegally use mobile phones is rising with 31 per cent of motorists admitting to using a handheld phone while driving up from 4 per cent in 2014. 19 per cent say they have sent a message or posted on social media from behind the wheel, indicating that the risks are dangerously underestimated.

National Police Chiefs' Council Lead for Roads Policing, Chief Constable Suzette Davenport said: "Forces are coming together this week with innovative approaches to catching those driving when distracted and campaign to make drivers think twice about using their mobiles at the wheel.

"Tackling mobile phone use by drivers requires police enforcement using new technology and tactics to maximise the numbers of people we can stop, combined with strong effective penalties and creative national campaigns to make driving distracted as socially unacceptable as drink driving.

"When you're getting in your car, remember don't put others at risk - keep your eyes on the road and your hands on the wheel."

The campaign began at 0600 hours on Monday November 14 and concluded at 2359 on Sunday November 21. Forces are reporting their results to the NPCC and figures will be available as to how many offences were detected during the week of action on a national level

After consulting with members at its Road Freight Council Meeting in London this week, the Freight Transport Association (FTA) has stated that the use of modern...