Drugs & Alcohol - The Signs, The Test & The Support 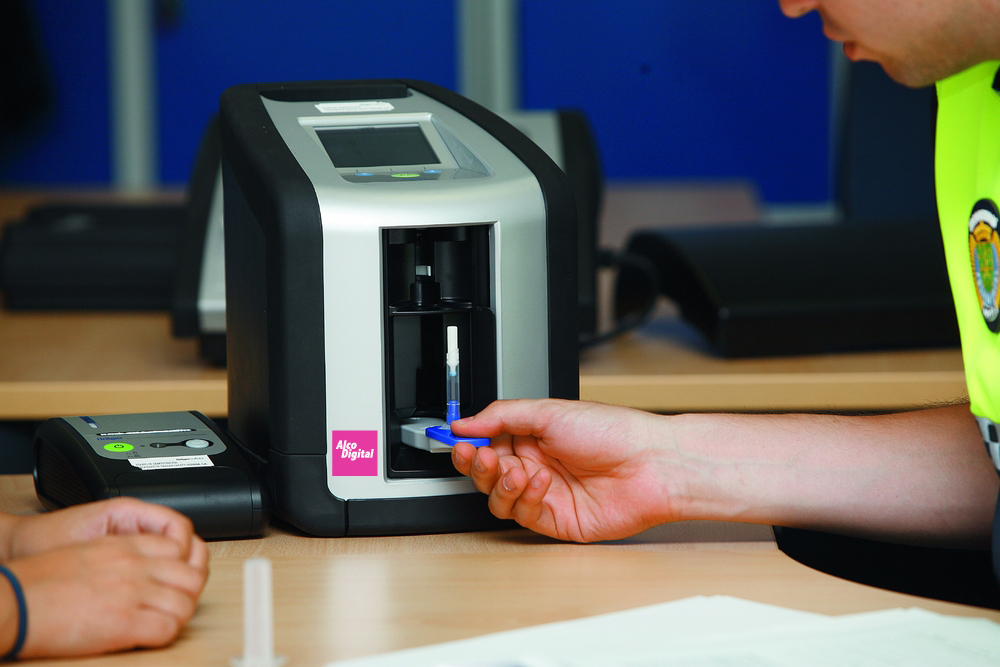 Suzannah Robin, an alcohol and drug safety expert at AlcoDigital, has helped numerous companies across the UK with their testing policies and procedures. Here she explains what to do if an employee tests positive for alcohol or drugs and discusses how to identify and support individuals who are struggling with addiction.

As businesses in the UK become more aware of the impact that alcohol and drugs have on safety and productivity in the workplace, many have implemented professional procedures for testing employees for both substances. Whether this is regular or random screening, companies have found that adopting a testing strategy has resulted in benefits such as lower absenteeism, a decrease in staff turnover and, of course, a safer working environment for everyone.

However, setting up a best practice policy extends to more than putting in place a screening strategy and conducting tests professionally. The best employers recognise they have a moral responsibility beyond a test result to make sure staff who require help receive the appropriate level of support.

So what should an employer do if a member of staff returns a positive test? A good policy should include a clear set of predetermined consequences. Depending on the severity of the situation, some employees could be asked to stop working for a short period of time or be suspended pending further investigation, whilst others could face instant dismissal. But what should an employer’s obligation be beyond this? And what can they do if they suspect an individual is struggling with addiction?

The signs that someone is suffering from drug or alcohol addiction might not always be immediately apparent. Symptoms could present themselves gradually and become progressively worse over time. Erratic behaviour, consistent absenteeism, a deterioration in physical appearance and personal grooming habits, and relationship problems are all examples of the effects of drugs and alcohol abuse.

Lee Ali, Head of Medical at Broadway Lodge – a treatment centre for addiction, and the first in Europe to set up a treatment centre based on the 12-step model – explained: “It’s important to realise that people from all different backgrounds can be affected. Simply taking drugs or drinking alcohol does not mean you will have a problem with addiction as the issues surrounding substance abuse are much more complex.

“Unfortunately, alcohol and drug addiction are still regarded as big taboos and those suffering are often pigeonholed by society as ‘down and outs’ or ‘losers’. What many people don’t realise is that addiction is a mental health issue and illness. It can be triggered by numerous factors including stress, bereavement, relationship problems and financial difficulties. It is definitely not a lifestyle choice or an inability to maintain self-control or willpower.”

Charlie, who had suffered from drug and alcohol addiction, including cocaine abuse, for years, was helped by his new employer to access the services of Broadway Lodge. He said:

“I had a normal, good upbringing. I wasn’t around abuse in any form or around alcohol or drugs at a young age – taking drugs never occurred to me. I had some university offers to study graphic design, but I didn’t take them up because I didn’t want to move away from the girl I had been in a relationship with for five years.

“When the relationship broke down, it sent me into a spiral. Taking drugs became a weekend thing. But I knew it could get out of hand, so I set little markers for myself - ‘I won’t buy it, just take it if someone offers’, ‘I won’t take any home’ and so on. But slowly I started to cross the line. I was spending all my salary on drugs and alcohol and leaning on credit cards to get through the month. I had a job at a media agency, but it was a high pressure environment and I had no idea what I was doing. I was hardly sleeping and depressed all the time. The doctor prescribed antidepressants, but they affected the high I got from cocaine so I shut them away in a drawer.

“I left my job, but the pattern repeated itself with two or three more jobs over the next few years. I started to have hallucinations and delusions and one time I thought I had been raided. I had asked my parents ‘where are the police?’. I completely broke down when they told me nothing had happened. That spurred me on to get clean.

“Broadway Lodge taught me to access a ‘higher power’, which for me was music, art and films. This inspired me to release my EP, Waking Up.

“Things are now really good with my family and work. I’ve been very open at work so that if anyone else is struggling, they know they can get help.”

Charlie is just one of the hundreds of people who have been helped thanks to funding from their employer. Caroline Cole, interim CEO at Broadway Lodge, said: “We are predominantly funded through statutory sources, receiving referrals from local authorities. We also accept private clients who may fund their own treatment or be funded through their employer or a sponsor.

“Unfortunately, only 2% of people requiring treatment for drug dependency are offered the chance of funded residential rehabilitation. We are actively seeking to diversify our funding mix so we can offer our life-saving programmes to as many people as possible. Partnering with companies, such as AlcoDigital, is just one of the ways we are hoping to achieve that.”

There’s still a great amount that needs to be done to continue addressing and raising awareness of alcohol and drug abuse, particularly in the workplace. Employers are starting to lean more towards implementing best practice testing policies and procedures as part of their health and safety standards. The next step is to ensure we aren’t simply trying to make a problem ‘disappear’ by handing over a P45, but are educated enough to recognise and deal with addiction and help individuals on the road to recovery.

What is the future of drug testing?  What does it look like?  How does it work?  And how will it benefit you and your team? This January, Intelligent...