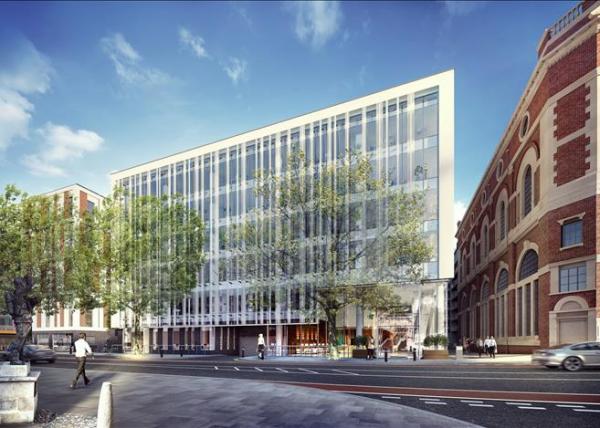 The 95,000sqf.t grade A offices will be part of the Finzels Reach development in central Bristol and will carry the top environmental BREEAM Outstanding rating.

Among the site’s facilities are electric car charging points and 112 cycle spaces.

The development will offer a combination of commercial and residential properties, and is part of a wider-regeneration of Bristol’s city centre.

The construction of a 168 bedroom Premier Inn Hotel is underway, as is the work on the pedestrian bridge spanning Bristol’s historic Floating Harbour to Cabot Circus and linking the development to Castle Park. Finzels Reach is expected to be completed in June 2017.

Commenting on the project, Dudley’s managing director Colin Shorney said: “We are very happy to be working on the Aurora office development. This high-specification building will be a great addition to Bristol’s city centre.”

Picture: An artist's impressions of the Aurora Offices