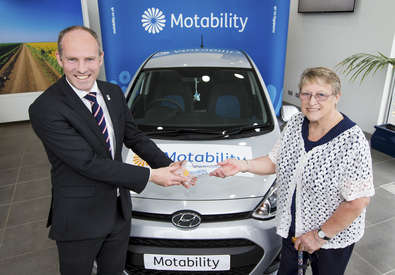 In a survey run by the Cabinet Office, embarrassing figures have revealed that more staff at the DWP believe they have been discriminated against by their management.

Reported in weekly Disability News Service (DNS), it states that ‘the number of disabled civil servants who have faced discrimination within the Department for Work and Pensions (DWP) has risen by nearly a quarter in just a year’ with more than 1,400 disabled civil servants who took part in the survey for the Cabinet Office stating they had been discriminated against in 2015 as against 1,038 in 2014.

While the DWP could argue that more of its staff has responded to the survey (61,019) than the 2014 one (54,426), the proportion of staff believing they had experienced disability-related discrimination rose by 23.5%.

The embarrassing aspect for the government is that one of its own departments charged with encouraging employers to be part of its Disability Confident Campaign appears to be falling down on the job. Put another way, a ‘don’t do as we do, do as we say’ mentality appears to be evident in the corridors of the DWP.

DNS approached the DWP for a statement on whether it was concerned by the annual Civil Service People Survey. Its spokesman refused to say whether Justin Tomlinson, Minister for Disabled People was worried about the figures,and if they showed that he should do more to make his own department ‘disability confident’. However, in a statement the spokesman responded: “Any form of bullying, harassment or discrimination is unacceptable and where formally reported it will be dealt with in the strongest possible way.”

The 2015 Civil Service People Survey was conducted across 96 government organisations from 1-31 October with 279,653 employees participating, representing an overall response rate of 65%. It consists of 62 questions across 10 themes, including what civil servants think of their team, manager, pay and benefits, and leadership and managing change within their organisation.

Picture: Justin Tomlinson, Minister for Disabled People who refused to comment on the result of the Civil Service People Survey is seen (left) handing over a car that is part of the Motability scheme, itself seeing thousands of disabled users being told they no longer qualify