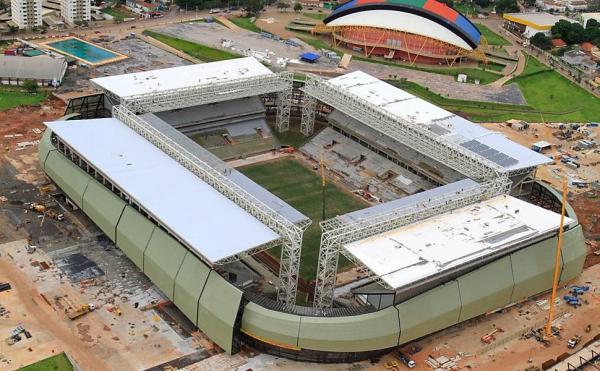 Just before midnight last night, the BBC reported that an eighth person had died on a stadium construction project in Brazil as the country rushes to get ready for the football World Cup starting in June.

The accident happened at the Arena Pantanal in Cuiaba (one of 12 new stadia). It involved an electrocution of a 32-year old communications installation man.

The worker, Muhammad´Ali Maciel Afonso, died after he was hit by an electrical discharge on Thursday, a statement from the regional government said. The police service is investigating.

A number of the 12 stadia missed their deadlines to be ready for a practice tournament in December and with just over six weeks to go until the start of the World Cup, several still are some way off completion fuelling fears that a mad rush will see more accidents.

At least five people have been killed in an explosion at a chemical factory in central Japan, police say according to a report just appearing on the BBC. A further 17...