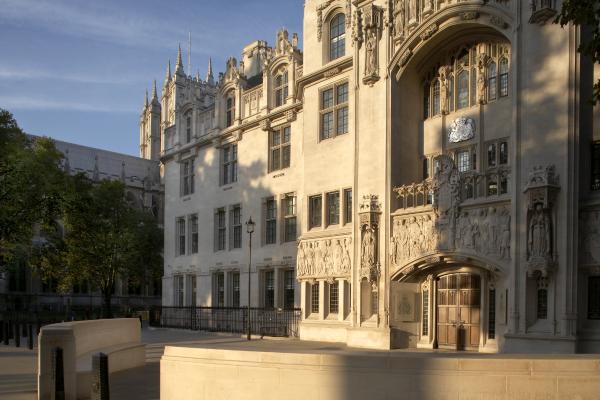 The opening stage of the Employment Tribunal fee refund scheme has been launched with the first people eligible to apply from now.

The first stage of the phased implementation scheme comes after Ministers committed to refunding those who had paid employment tribunal fees following a Supreme Court judgment. The court recognised the important role fees can play but ruled that the government had not struck the right balance in this case.

Up to around 1,000 people will now be contacted individually and given the chance to complete applications before the full scheme is opened up in the coming weeks. The government is also working with trade unions who have supported large multiple claims potentially involving hundreds of claimants.

As well as being refunded their original fee, successful applicants to the scheme will also be paid interest of 0.5%, calculated from the date of the original payment up until the refund date.

The opening phase of the refund scheme will last for around four weeks.

Ian Anfield, MD of CIS workplace audit and contract solutions provider, Hudson Contract, reckons that the tribunal system has been overrun with claims since scrapping of fees.

He says: "£27 million at least will go to thousands of claimants, who were charged up to £1,200 to take unfair dismal, discrimination and other workplace claims to tribunal.

"As a result of the notable changes to fees, cases are once again being brought before an employment tribunal without the need for the applicant to pay any kind of fee resulting in a significant rise in cases.

“There’s trouble ahead for the system and for the many thousands of employers who will be faced with an ongoing torrent of costly, stressful and often bogus attempts to win an employment tribunal pay out. Only lawyers will benefit from this."

Anfield continued: “The introduction of tribunal fees saved UK PLC at least £180 million a year in the legal cost of defending spurious claims. The aim of tribunal fees, along with extending the employment period before staff could claim unfair dismissal to two years, was to protect employers from spurious claims, encouraging firms to hire additional staff.

“We are already seeing a huge increase in activity at Hudson Contract with no-win-no-fee lawyers and unions once again playing the employment tribunal card at every opportunity.

As for those who use self-employed labour without a robust set of procedures in place, they can now dread a call from their local union representative almost as much as they do from HMRC.”

The Supreme Court judgment noted that ‘fees paid by litigants can, in principle, reasonably be considered to be a justifiable way of making resources available for the justice system and so securing access to justice’. The court ruled, however, that the government hadn’t set the fee at the right level to deliver that outcome.

An Employment Tribunal has found in favour of Susana Benavides, a sacked Top Shop cleaner and now her direct employer, Britannia Services, faces paying out a whopping...

A Liverpool Employment Tribunal has slammed Amey for sacking two whistle blowers who raised fears their tools were easy access weapons for inmates. The two men at the...