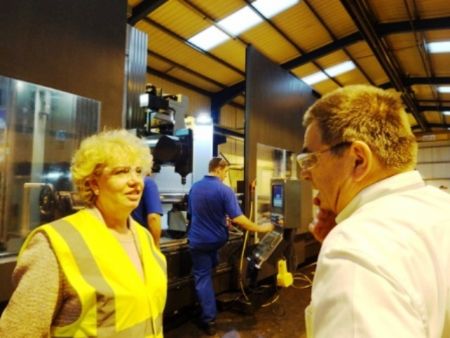 Sheffield Heeley MP Meg Munn (pictured) has criticised the Government’s Employer Ownership Fund (EOF) as not fit for purpose after learning that just £720,000 of a £30 million budget is forecasted to be spent in 2014/15.

Of the £10 million of the fund targeted at women in engineering, which closed on 05 December 2014, only £104,000 has been spent and just three applications made in total.

Industry experts informed the MP, who is also Patron of the Women's Engineering Society, that the application criteria for the EOF was both 'onerous and too expensive', with numerous employers finding the £40,000 match funding requirement very difficult to meet.

Meg wrote to the Minister for Skills and Equalities on 04 November 2014 to highlight her concerns about the accessibility of the scheme and stressed that the current criteria was likely to deter many employers from even making an application.

In his response the Minister assured Meg that the application process was 'fast and simple' and that the £40,000 threshold was a 'reasonable commitment' for employers to meet. The Heeley MP is now calling on the Minister to outline whether he stands by these comments.

Munn said: “These figures call into question how serious the Government really is about tackling our significant engineering skills shortage. It’s all well and good supposedly setting aside £30 million to help employers increase the supply of engineers but the funding has to be accessible. This has simply not been the case with the Employer Ownership Fund.

"The Minister (for Skills and Equalities) must explain why only three applications were made to the ‘Developing Women Engineers’ stream when he was adamant that there were no flaws in the application process.

"The Government claims to be serious about fully engaging employers to invest in the skills of women engineers but an underspend of around £9.9 million pounds calls this commitment into question.”