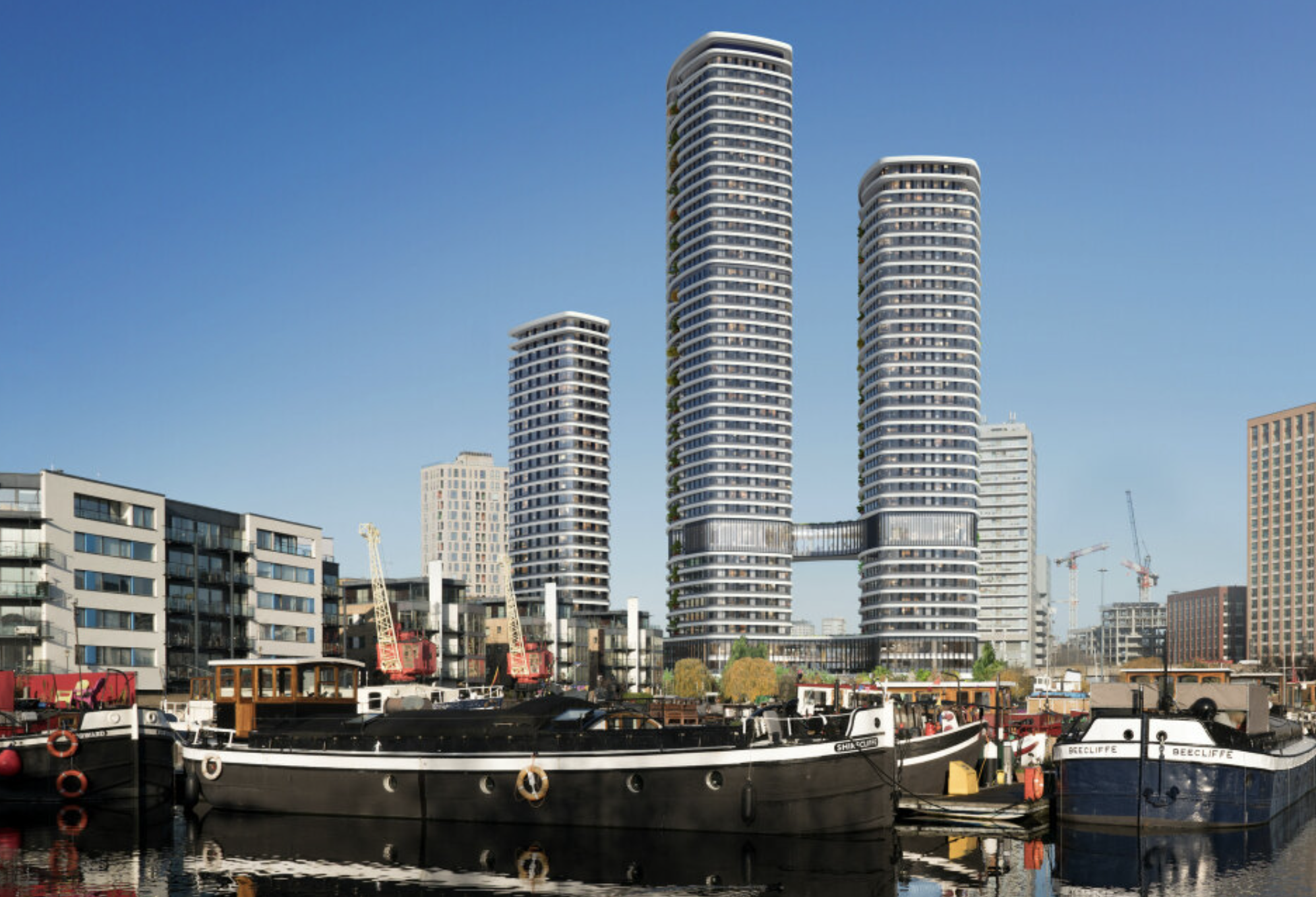 2 Trafalgar Way is set to be the largest Passivhaus student accommodation scheme in Europe.

Architect Apt has gained planning permission for a £220 million student residential-led mixed-use scheme, on the edge of Canary Wharf, located directly to the east of the historic Billingsgate market.

The development will feature three towers of 28, 36 and 46 storeys providing 1,672 student beds and 80 residential apartments.

A four-storey podium will include 41,000 sq. ft commercial office space, as well as ancillary residential, indoor soft play-space for children and retail.

The client is Urbanest, a student accommodation provider that manages over 3,000 student beds across seven different properties for many of the capital’s most renowned universities, including LSE and King’s College. 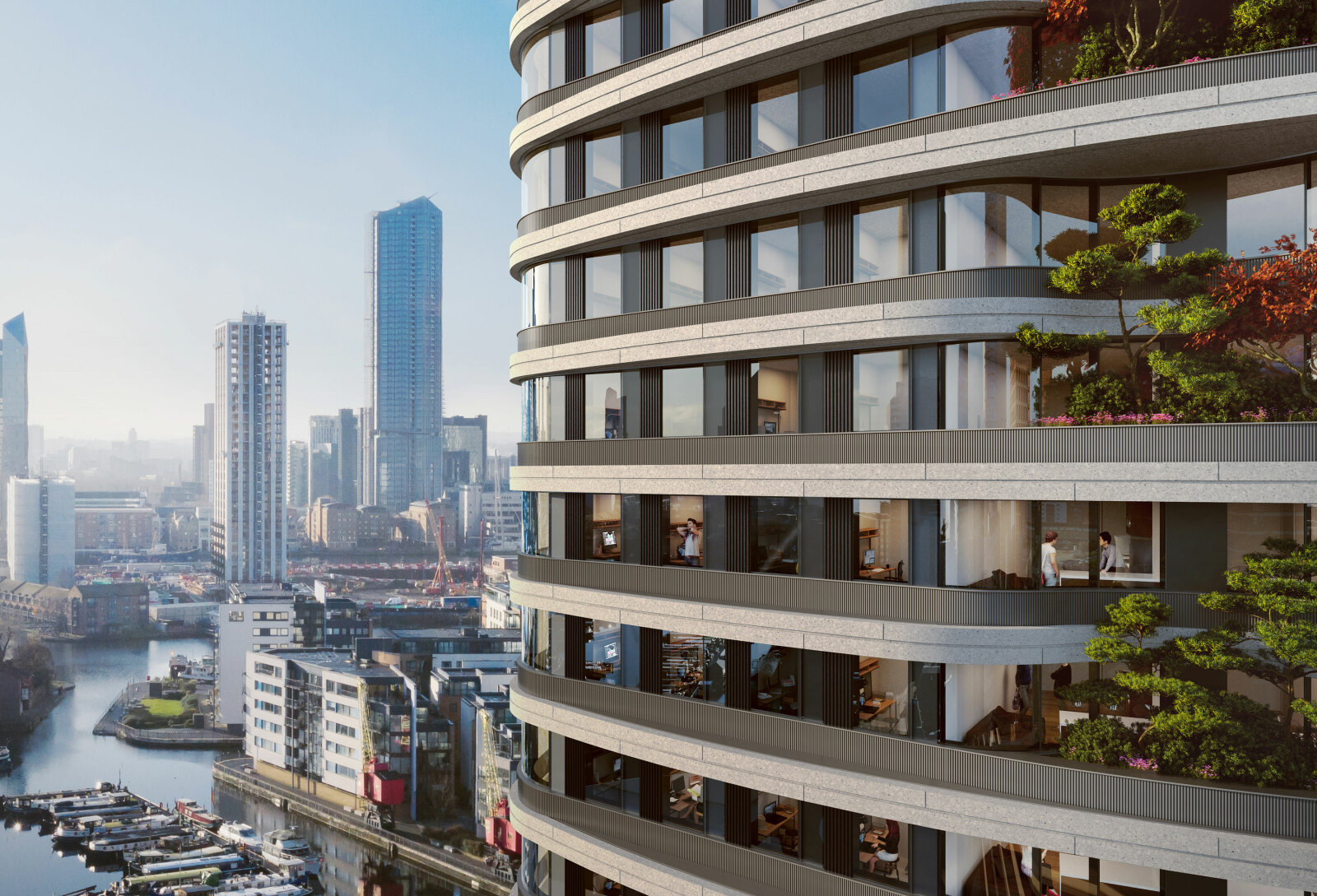 Picture: a photograph of the exterior of the proposed development. Image Credit: Urbanest

The project is targeting both BREEAM Outstanding and Passivhaus certification, which once achieved, will make it the largest Passivhaus development in Europe.

The site has been vacant for a number of years, and it's hoped the commercial office space will be capable of supporting a number of university departments and also flexible and affordable working, including space for start-up ventures that will enjoy cross-fertilisation with academia.