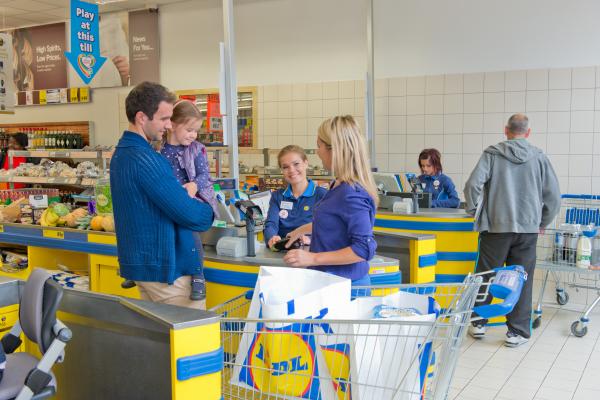 The German owned supermarket Lidl chain in the UK has become the first national supermarket to state that it will adopt the Proper Living Wage.

Putting pressure on its main competitors, from 1 October 2015, it will meet the rate recommended by the Living Wage Foundation with all Lidl UK employees receiving a minimum of £8.20 per hour across England, Scotland and Wales, and £9.35 per hour in London, costing the company £9 million.

The move will be see an average wage increase of £1,200 per year with 53% of Lidl UK’s 17,000 workforce and all age brackets benefiting from the rise. It is viewed by the company as part of the supermarket’s strategy to invest in its employees following a record year with sales reaching over £4billion and a UK market share of 4.1%.

“We recognise that every employee forms an integral part of team Lidl and each individual’s contribution is valued,” declared Ronny Gottschlich, CEO, Lidl UK. “It’s therefore only right that we show our commitment, in the same way that the team commit to the business and our customers each and every day, by ensuring a wage that supports the cost of living.”

For its part, The Living Wage Foundation was particularly impressed by the Lidl UK decision. “We are thrilled,” said the director of the Living Wage Foundation, Rhys Moore, talking to the BBC. “None of the big four supermarkets currently pay the living wage rates, and the British Retail Consortium (BRC} is very behind the curve on this. Lidl is demonstrating this commitment to staff and customers want to know that they're shopping in places which treat their staff well.”

Picture:   Lidl UK will be the first national supermarket to pay its workers the Proper Living Wage, costing it £9 million.