Exploding Manholes - One a Week 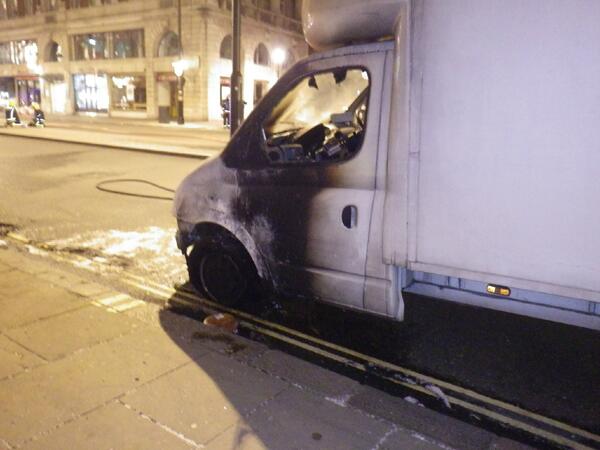 Firefighters were called to a fire in London's Piccadilly at the junction with Sackville Street on Wednesday night. A manhole cover had exploded and fire spread to a nearby parked van.

Crews managed to tow the vehicle away from the area using a long line and extinguished the blaze. Nearby buildings were evacuated as a precaution but there we no injuries.

Today, the London Fire Brigade Tweeted: #Piccadilly fire caused by an electrical fault in manhole cover. 1 fire a week is down to them http://www.london-fire.gov.uk/LatestIncidentsContainer_0307201480.asp

These manhole fires are a regular occurrence and are being put down to electrical faults developing in the voids. The severity ranges from smoke to full scale explosions - in one part of London earlier this year, fifty people were emergency evacuated as a pavement caught fire. In another incident a man was describe as lucky to escape with his life after an manhole cover came close to hitting him following an explosion.

At last night's incident a  London Fire Brigade spokesperson said: “Crews worked quickly to deal with the fire, which was contained within ten minutes. The Brigade has attended one fire a week involving manhole covers this year.”

Twenty one firefighters and officers from Soho and Lambeth fire stations attended the incident.

The cause of the fire is being investigated but at this stage is believed to have been caused by an electrical fault beneath the manhole cover.