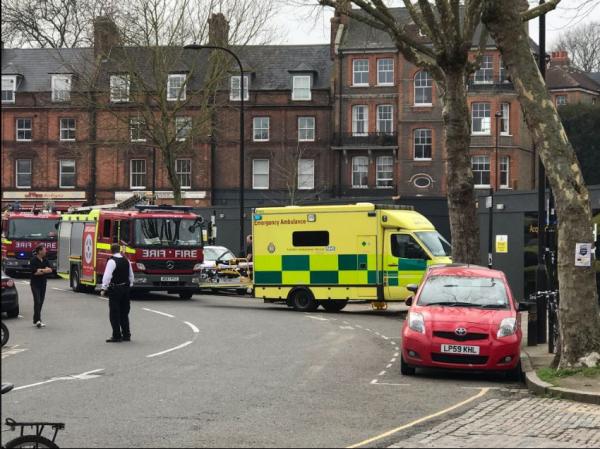 Police, the London Ambulance Service, the Fire Brigade and eventually the London Air Ambulance were called to an explosion at a building site on Thursday 16 in London's wealthy Highgate.

The Air Ambulance took a man, aged in his 50s, to an east London hospital. He was later pronounced dead.

The area is still cordoned off. The Health and Safety Executive has been informed. No arrests have been made.

The explosion is being described as an 'industrial incident'. Residents near the site have described the ground shaking and of being convinced a car bomb had gone off.

The building site in question had been scheduled for excavation. It was know that a petrol station had stood there previously. Development will see the introduction of luxury shops flats and houses. Noble House Properties, which owns the site, were aware of underground fuel tanks but have stated they had not been warned by their contractors of indications of any potential hazards.

Four fire engines and around 20 firefighters and officers were called to a fire at a central London hotel just off Oxford Street on March 14 night.

An evacuation took place. The fire was under controll by just after midnight.

Part of the basement kitchen was damaged by fire. The ducting (extraction system) was completely damaged from basement to third floor level.

Picture: The scene at a Highgate building site where a man was killed by an explosion, possibly of underground petrol tanks. With thanks to Twitter Kenneth Tharpe OBE

Top Tips on How to Avoid Common Workplace Injuries

After nearly 18 months of working from home, offices across the UK are now back open for business. Many are looking forward to catching up with colleagues and resume...