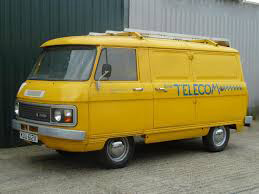 BT must open up its network so competitors can connect fibre to homes and offices and it must reform Openreach to serve UK consumers and businesses better, says Ofcom.

Ofcom has set out how it plans to improve telecoms quality and coverage, so that UK consumers and businesses receive the best possible phone and broadband services.

These are the initial conclusions from Ofcom’s Strategic Review of Digital Communications, announced last year.

Ofcom’s decisions are designed to achieve:

Ofcom has also announced a new strategy to promote large-scale roll-out of new ultrafast broadband networks, based on cable and fibre lines, as an alternative to the partly copper-based technologies currently being planned by BT. Supporting investment by rival providers will reduce the country’s reliance on Openreach, and increase competitive pressure on its network, it is claimed.

To help bring this about, Openreach will be required to open up its telegraph poles and ‘ducts’ - the small, underground tunnels that carry telecoms lines. Using these, rival providers will be able to build their own fibre networks, connected directly to homes and offices.

Openreach must make it much easier for competitors to access this network, and provide comprehensive data on the nature and location of its ducts and poles. This new ‘digital map’ of the UK will allow competing operators to invest, plan and lay advanced networks, giving people more choice over how they receive their phone and broadband services.

Ofcom intends to introduce a range of measures designed to ensure that all phone and broadband companies provide the quality of service that customers expect.

Ofcom will introduce performance tables on quality of service, identifying the best and worst operators on a range of performance measures so that customers can shop around with confidence.

Coverage of broadband and mobile services is increasing fast. More than eight in ten UK premises can now receive superfast broadband, and this is expected to reach 95% next year. Under Ofcom rules, 98% of homes and offices must receive an indoor 4G mobile signal by next year.

Picture: BT will be rushing around so that 98 per cent of the country should have 4G by the end of 2017 and 95 per cent should have high speed broadband

You Don't Get If You Don't Ask

A national organisation which has campaigned for better broadband for rural businesses is itself now benefitting from faster fibre technology, thanks to the Superfast...

Advertised broadband speeds which are only available to 10 per cent of customers are 'misleading and don't reflect the experience of many users, particularly...

ISS Takes a Wink at Watson

ISS has signed a commercial agreement with IBM to use the power of Watson IoT to transform the management of over 25,000 buildings around the world. Headquartered in...

Technology in a Changing FM World

Looking back one week wistfully to what was the Facilities Show and the Protections Series of events, we take an opportunity to relieve the experience with an at-show...

No More Pulling the Wool - Ad Standards Clamp Down on Broadband

The Advertising Standards Authority (ASA) have confirmed a strengthening approach to advertised fixed broadband price claims to avoid customers being misled. The new...