Feel the Power - Contracts and Commitments 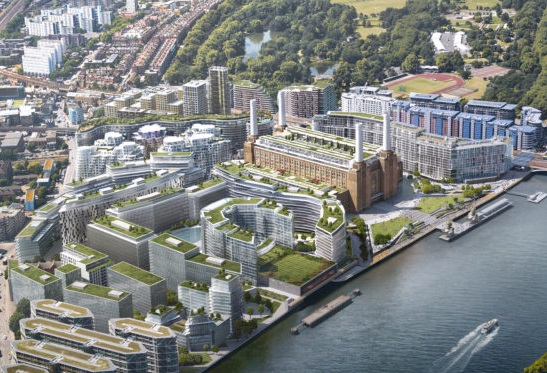 As an Ambassador, Emcor will commit to having an internal programme and policy on waste management and to actively engage with the campaign to raise awareness of duty of care requirements amongst customers and its supply chain.

Sam Corp, Head of Regulation at the ESA, said: “It’s great to see organisations from a variety of sectors getting involved in the campaign. This demonstrates that businesses, local authorities, and others recognise how serious an issue duty of care compliance is.”

CBRE has been re-appointed by Telereal Trillium to provide hard facilities management services for the DVLA Estate in Swansea. CBRE already provides mechanical, electrical and fabric maintenance services as well as grounds maintenance. Under the new contract CBRE will also deliver energy management and project management.

The Max Fordham Practice are set to become a bit big headed having taken home two trophies at this year’s CIBSE Building Performance Awards - Building Performance Consultancy of the Year Award and Project of the Year (Public Use) Award - with the judges fawning: 'This inspiring business aims to deliver beautifully engineered, low-energy buildings that work perfectly for the people who use them.'

Keynsham Civic Centre, headquarters to Bath and Somerset Council and one of the first buildings in the UK to employ the full 'Soft Landings' methodology, was awarded the accolade of Project of the Year (Public Use). The Soft Landings methodology is one way Max Fordham is striving to bridge the performance gap buildings experience between designed efficiency and the way they actually perform once they are occupied.

The Consultus International Group has acquired specialist energy consultancy PEMXQ Limited trading as The Energy Architects in a purchase led by Consultus CEO Andrew Staley. This follows the MBO of The Energy Brokers Limited and purchase of The Waterbuyers Limited. The terms of the transaction have not been disclosed. Operating predominately in the UK, PEMXQ is a multidisciplinary energy business focused on consultancy, energy management, building services, procurement and utility connections.

In 2017, the company aims to build on its existing achievements, using the report as a benchmark for growth.

John Norris has been appointed the Divisional Director for TC Specialist Services, part of TC Facilities Management. Norris' appointment will see him now focus on client relations and retention along with growing the portfolio of business for the division.

The first phase of the Battersea project is Circus West Village, which has seen the construction of 865 residential properties located between the iconic Power Station and Battersea Park. This first phase also includes shops, offices, leisure and hospitality areas and a new events space and Village Hall.

With growing confidence on the trains

Churchill has won a four year cleaning contract with Siemens Rail Systems, to deliver train cleaning services and provide consumables to a number of outstation locations and the depot at Kings Heath. The contract covers a number of sites spread over a large geographic area, including Birmingham New Street, Bletchley, Coventry, Crewe, Northampton and Kings Heath.

Mark Whyte, Operations Director, says: “Given the area covered and the requirements, it represents an individual and challenging contract.”

Picture: The first phase of the Battersea project is Circus West Village where local firm Julius Rutherford will do the cleaning