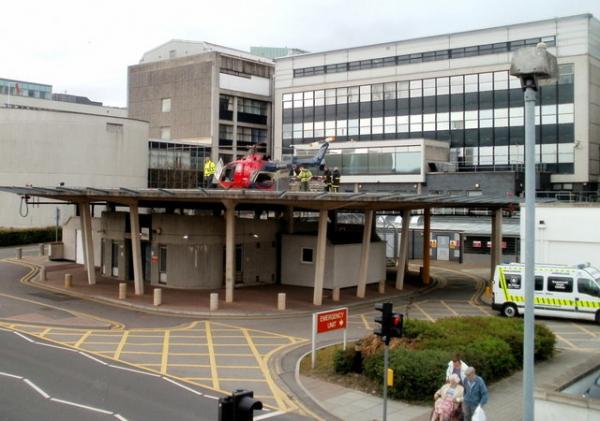 Although Welsh hospitals have employed a no smoking ban both inside and outside their hospitals, the attempt to impose fines is something that is new.

The no smoking policy has been present since October 2013 and on its website, the University Health Board, based in Port Talbot, South Wales, states: ‘Our hospitals are smoke-free, which means smoking isn't allowed in buildings and grounds, including car parks and entrances. Please note that e-cigarettes are not allowed in any of our hospitals.’

Currently some hospitals in Wales have staff that are there to either escort smokers off the premises who are visiting the premises and dissuade patients and staff. The BBC reports that ‘in the last three months alone, a smoking enforcement officer at the University Hospital of Wales in Cardiff has spoken to more than 1,000 smokers, including 174 members of staff’.

Ash Wales has welcomed the proposed step as being overdue and has called for the Welsh government to take steps to impose stricter legislation. The politicians in charge have stated that it is awaiting the findings of a consultation process and with the forthcoming General Election in May, it is questionable if any decision will be taken before then.

The pro-smoking group, Forest, has condemned the proposal to impose fines. "It seems extraordinary to us that NHS administrators would be spending time, and probably money, coercing people like this,” stated Simon Clark, Director, Forest. "We can understand them not wanting people to smoke around hospital entrances, in which case the compromise should be a comfortable smoking shelter."

Pictured: Welsh hospitals, like the University Hospital of Wales, could operate on-the-spot fines for smokers.