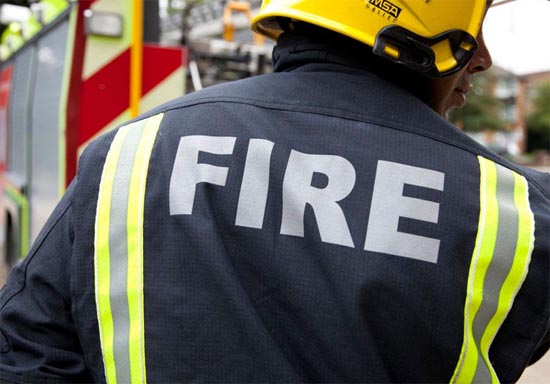 The London Fire Brigade has welcomed the Hackitt proposals to increase fire service role in building safety - whilst warning the service is under resourced.

The Brigade has raised concerns over the quality of construction of some buildings and has been calling for a review of building regulations for a number of years, with many of these recommendations included in the report.

Dan Daly, the Brigade’s Assistant Commissioner for Fire Safety, said: “We have a once in generation opportunity to save lives by ensuring buildings are built and maintained with proper fire safety measures.

“It took the Grenfell Tower tragedy for the fire safety of buildings to be taken seriously. Fundamental change is outlined and the Government must now take this forward without undue delay to ensure we have robust legislation and regulation in place to make buildings safer."

Addressing the issue of whether or not the report should have banned certain materials AC Daly continued: “We understand why many would want materials such as ACM cladding banned but The Brigade agrees with Dame Judith Hackitt’s conclusion this would not help safety in the long term. It’s more important that the review concentrates on appropriate testing regimes for building materials, tighter regulations and ensuring that competent people are making decisions about building safety.

“Context is as important as raw materials when it comes to making buildings safe. For example, a type of material used in an low rise office block could be safe but dangerous if used in a high rise block.”

Among the key areas addressed are that fire and rescue services are included within a new Joint Competent Authority (JCA) which would have a key role during consultation in the design, construction and refurbishment of buildings. This body will also include the Local Authority Building Standards and the Health and Safety Executive. This change would allow fire services to contribute fire safety expertise during all the key stages of a building’s life.

Dame Judith also recommends that fire and rescue services could lead on behalf of the JCA during the occupation and maintenance phases to ensure ongoing fire safety measure are correctly in place. Initially this JCA would look at existing and new buildings over 10 storeys that contain residential accommodation.

AC Daly continued: “However, the challenge for Government now will be to ensure there is proper funding to resource these new responsibilities and plug a nationwide engineering skills gap. This is a particular issue for London due to the sheer volume of high rises and building projects.

”We also hope that the use of sprinklers and other automatic fire suppression systems are given additional consideration as part of this work.”

The Brigade submitted its consultation response in October last year and has worked closely with Dame Judith to ensure that core areas of fire safety were covered. Other key recommendations the Brigade called for include:

Another area the Brigade wants the Government to take forward quickly is further work around the requirements for and the installation of sprinklers in residential high rise buildings.

The Brigade has previously called for all residential buildings 18 metres and above should have sprinklers fitted during the construction stage for new buildings or retrofitted fitted within existing buildings, subject to a risk based approach that should include consideration of the vulnerability of the residents.

There will be an increase in serious building fires unless the construction industry starts to take fire safety more seriously, wrote the London Fire Brigade in its submission to the Hackitt Review.

The responsibility for ensuring buildings are constructed with proper fire safety measures sits with the construction industry and yet a general lack of competence means that dangerous decisions are being made about buildings’ design or construction.

Although we do not have any legal power to approve a building’s design nor have any role in checking how it has been constructed, our fire safety experts often face serious flaws when they inspect buildings including:

Assistant Commissioner for Fire Safety Dan Daly said: “It took a tragedy for everyone to take fire safety seriously and listen to what the Brigade has been saying for years about skills. Urgent action is needed to better regulate those who are responsible for ensuring a building’s design, construction and maintenance are fit for purpose.

“There are countless points where a dangerous decision can be made about a building’s design or upkeep and hardly any measures to ensure that the people making those decisions are sufficiently experienced and properly qualified.

“This means that potentially dangerous design flaws could exist within a building until we either find it at a later date, or in the worst case scenario, it is exposed by a serious fire.

“We don’t have the legal powers or the resources to check the entire fabric of a building but we often uncover dangerous flaws that we can’t ignore.”

Daly continued: "During planning and construction the responsibility to ensure buildings have proper fire safety measures incorporated sits with those undertaking the work.

"Once a building is completed it is the legal requirement for the person responsible for it to carry out a suitable and sufficient fire risk assessment and put in place a plan to mitigate those risks for example, by having adequate means of warning in place if there is a fire and clear routes so people can escape.

"We do not carry out fire risk assessments but it can audit them. In a residential building these assessments are limited to the common parts such as stairwells and store cupboards. They are not about the other parts of the fabric of a building such as cladding, external wall assembly including cladding.

"However, we don’t have resources to audit every fire risk assessment in London."

Picture: The London Fire Brigade has contributed to the Hackitt Review whilst highlighting its own limitations.