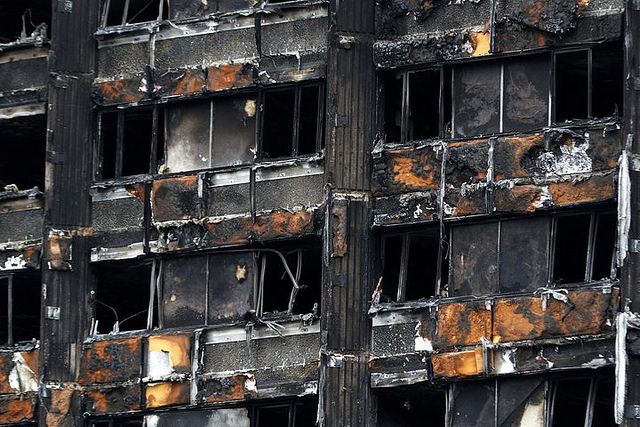 A number of different organisations have responded to Dame Judith Hackitt's Independent Review of Building Regulations and Fire Safety - some supportive, some lukewarm and other downright disparaging.

The Chartered Institution of Building Services Engineers supports Dame Judith Hackitt’s call for fundamental change in the way that the construction and operation of high rise buildings is regulated. CIBSE said her Review outlines a number of recommendations for change, and addresses many issues that CIBSE members have grappled with for years.

A CIBSE spokesperson said: "It is unfortunate that so much of the media interest in the Review focuses on the very specific issue of combustible cladding.  Since the Grenfell Tower fire, some 300 buildings have been found to be clad in materials that do not meet current regulatory requirements: in other words, they are already banned and yet were still installed. Ensuring the safety of the buildings in which we live and work requires exactly the root and branch reform set out in this thoughtful and well informed document.

"The Review brings a welcome focus on the need to improve the competence of those in the construction and fire safety sectors and for a more robust system of oversight.  The commitment to produce a clearer package of regulations and guidance that is simpler to navigate is also very welcome."

BSRIA said a culture change is needed - releasing the following statement: 'A wholesale and lasting culture change is needed in the delivery of buildings – especially around the current business model for building regulations which are supposed to ‘deliver what they are meant to deliver’ – all along the industry supply chain. One of the main report findings is ‘a lack of clarity regarding the roles and responsibilities of those procuring, designing, constructing and maintaining buildings are unclear’ and BSRIA agrees that more collaboration is needed for delivery as it is intended.

'How building regulations are implemented is BSRIA’s key area of concern. A robust method of ensuring buildings are built to the intended standard is something BSRIA is calling for. In fact – the web of regulations – the standards themselves, the framework and implementation – needs unpicking. Independent verification of the performance of components and buildings is necessary'.

Hackitt provides a blueprint for wider change, said the Federation of Master Builders and that blueprint should ensure competence in construction which should be extended across the industry. Brian Berry, Chief Executive of the FMB, said: “The Report is the culmination of a long and thorough review into the weaknesses of the current approach to competency and compliance in the sector, weaknesses which can serve to undermine safety. It is a suitably serious response to the Grenfell Tower tragedy. Dame Judith has understandably focused the attention of the review on high rise residential buildings, yet we believe strongly that some of the recommendations must be taken as a blueprint for the wider industry. In particular, the industry as a whole needs to develop a comprehensive approach to competence. There is an opportunity here for the whole industry to step up and ensure we have adequate levels of competence across the sector. Without this, significant parts of our industry will continue to be plagued by incompetent and unprofessional outfits.”

In the wake of the Grenfell Tower disaster, the London Assembly Planning Committee released a report into fire safety calling for sprinklers to be mandatory in all new buildings above 18 metres.

Navin Shah, author of the report, said: “It’s very disappointing that this review of building and fire regulations has not recommended sprinklers or other similar systems to be made mandatory in all buildings above 18 metres. The Fire Commissioner said introducing sprinklers in this way is a no-brainer, so it’s deeply concerning that the Government continues to overlook the seriousness of this issue.

“The appalling tragedy of Grenfell must never happen again. This is a dangerous missed opportunity to ensure people can feel safe in their homes and I would urge a rapid rethink.”

Dr Joanna Cox, the Institution of Engineering and Technology’s head of policy, said: “Our belief is that knee-jerk responses do not save lives and can hide greater systemic and underlying issues. We welcome a new regulatory body for higher risk residential buildings.

“The choice of cladding and foam material used to insulate high rise buildings is only part of what needs to be considered in maintaining safety. We need an effective system for building regulations and fire safety in place, that extends to the lifetime management of the building, not just the initial design.”

Louise Ward, Policy Standards and Communications Director at the British Safety Council, said: “The inquiry’s recommendations, drawn on the principles established under the Health and Safety at Work Act, are ambitious and far reaching - they set the right tone for a new regulatory system that will be fit for purpose in 21st century Britain.

“We feel that the adoption of a risk-based goal-setting model is appropriate and will underpin proportionality and flexibility. We urge the government to set an ambitious timeline for a second phase of work, which should extend to other buildings.”

However, Ward also said: "We are concerned about the practicalities of the proposed establishment of a joint competent authority (JCA) to oversee fire and building safety. This would require collaborative working across three separate regulatory functions and three responsible government departments, particularly as resources are already stretched.

"We are also concerned about the proposed funding through a cost-recovery programme, Ward continued. "There is a widespread feeling that the HSEs fee for intervention programme has significantly damaged relationships with duty holders and established a ‘parking ticket’ approach to regulation. We are also concerned that a chargeable regime could also introduce new non-regulatory burdens or blue tape."

Ward also said: "We have significant concerns about the effectiveness of self-certification schemes for building standards and urge consideration of appropriate regulatory oversight in this important area."

"We propose that the sentencing guidelines for health and safety offences should also be extended to cover fire and building safety," Ward concluded.

Tom Roche is Senior Consultant for International Codes and Standards for global insurer and fire mitigation experts, FM Global said: "The FM Global Resilience Index reveals that the UK ranks 34th in the world when it comes to resilience to fire.

"The UK is currently less resilient to fire-risk than countries such as; Russia (21st) Bulgaria (24th), Bosnia and Herzegovina (26th), Greece (10th), Poland (13th), Turkey (17th). It is also way behind other developed nations in the EU.

Reports that the Judith Hackitt Review is unlikely to put an outright ban on flammable cladding or desktop assessments is unlikely to drastically improve the UK’s position when it comes to fire resilience."